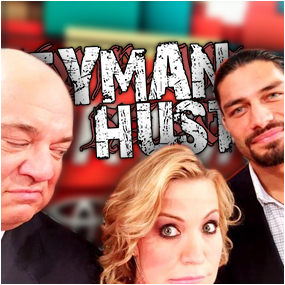 ESPN’s Michelle Beadle was interviewing Roman Reigns about WWE WrestleMania … and out came the Hustler De Tuti Hustlers to make a point about Brock Lesnar!

It really was an interesting morning over at ESPN as Michelle Beadle was deep into her interview with Roman Reigns when our boss Paul Heyman made a surprise appearance, and by that we don’t mean he just surprised Roman, he surprised Michelle as well! “When Paul dropped by, he scheduled for Shut It Or Shout It with Michelle and (HBO Boxing Analyst) Max Kellerman,” one of the producers told us. “But Paul had this idea of bombastically walking out on stage during Michelle’s interview with Roman, only to shake Roman’s hand and show him respect. Damndest thing I’ve ever seen!”

Of course, we’re HustleTweeting about Paul Heyman’s shocking appearance on Sports Nation and you are more than welcome to join by following the Hustle on Twitter HERE or write to us directly at hustleoncrave@gmail.com Hey, have you checked out the Hustle’s Ultra High Quality You Tube Channel, with exclusive videos featuring the #HUSTLEBOOTYTEMPTATS SUPERMODEL OF THE YEAR … OUR WORLD EXCLUSIVE WITH MIKE TYSON … BROCK LESNAR’S “HERE COMES THE PAIN” … ICE-T AND COCO’s SEX SECRETS … MMA BAD BOY NICK DIAZ … the list goes on and on, so if you’re not subscribing, you’re missing something … and by the ways cheapos, it’s FREE! Yes, absolutely 100 percent FREE! What are you waiting for? Check it out HERE!

CHECK OUT THE SUPER COOL MICHELLE BEADLE’S REACTION WHEN PAUL HEYMAN WALKS OUT ONTO THE ESPN SPORTSNATION SET! 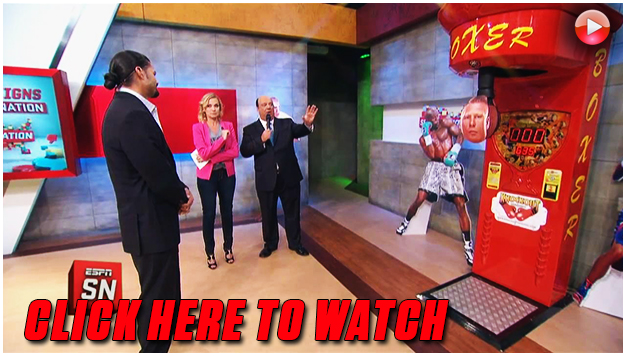