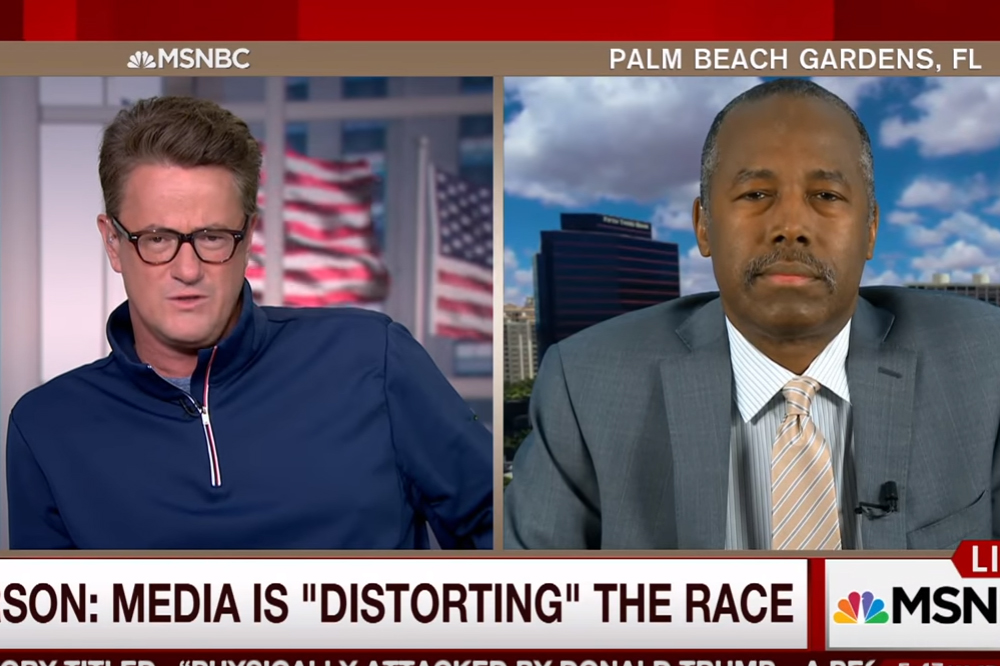 It Wasn’t a Saturday Night Live Routine, But It Sure Could Have Been!

MSNBC’s “Morning Joe” co-host Joe Scarborough and Dr. Ben Carson got into a heated argument on Friday morning, with Scarborough taking offense at Carson referring to him as “you people in the media.”

The exchange was reminiscent of the famous scene from “Tropic Thunder” in which Robert Downey Jr.‘s character was offended by Ben Stiller‘s use of the term “you people.”

Dr. Carson has been doing the media rounds defending Donald Trump against recent claims of sexual harassment on a variety of cable news shows. Dr. Carson feels that the allegations cannot compare to what he perceives to be the impending end of America should Hillary Clinton be elected into the Oval Office.

Before nations topple, they “take their eye off the ball, start engaging in things that really don’t matter that much … not that sexual language and abuse is not important, but when you’re talking about the train going off the cliff you really need to deal with that first,” Carson said on “Morning Joe.”

Carson’s exchange with Scarborough reached a peak when he tried to get Scarborough or a producer to cut off BBC reporter Katty Kay‘s microphone. You can see the entire uncensored heated exchange on the video.

We’re HustleTweeting about Dr. Ben Carson on “Morning Joe” and you’re more than welcome to join the conversation by following the Hustle on Twitter HERE or by hitting LIKE on our hyper-interactive Facebook page HERE!