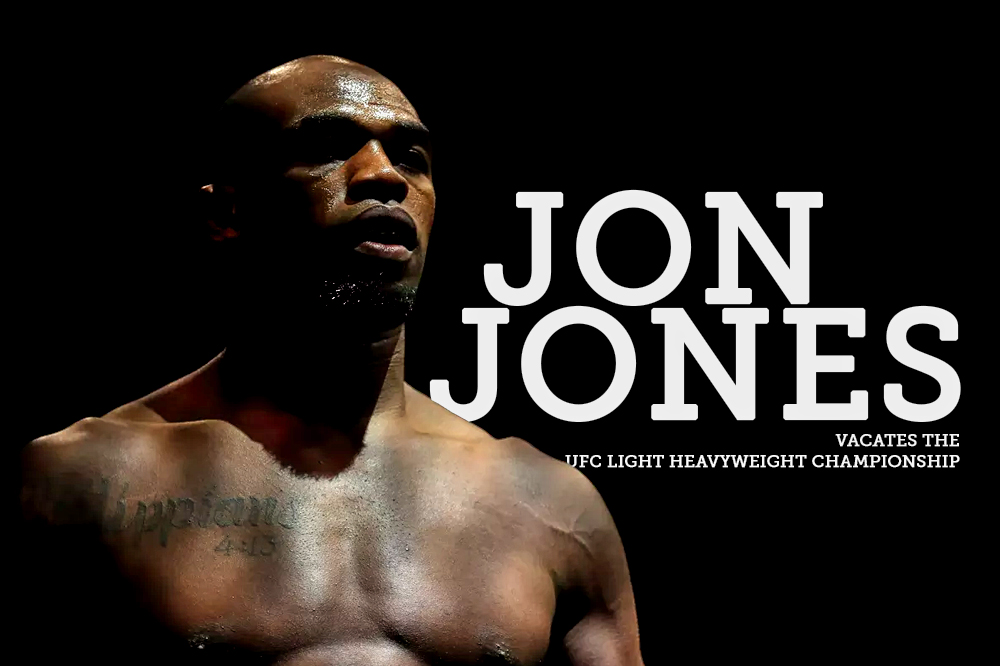 Jon Jones has vacated the UFC Light Heavyweight Championship. Jones also announced that he’d like to move up to heavyweight, under the provision UFC is open to negotiating a new contract. Until then, Jones stated, he’ll be enjoying the sport as “a fan.”

“(The title) is officially up for grabs,” Jones exclaimed.

Jones made it clear he is not retiring as he will be remaining in the USADA drug-testing pool “for probably the next half year or so.”

Should Jones opt to announce his retirement and leave the pool, he would have to re-enter the pool and be subject to drug testing for a period of six months before being allowed to compete in the Octagon.

We’re HustleTweeting about Jon Jones, and you’re more than welcome to join the conversation on the Hustle Twitter HERE … on our ridiculously sensational Instagram HERE … or on our Facebook page HERE!