Jon Stewart Celebrates The 20th Anniversary of The Daily Show ... By Doing What He Does Best 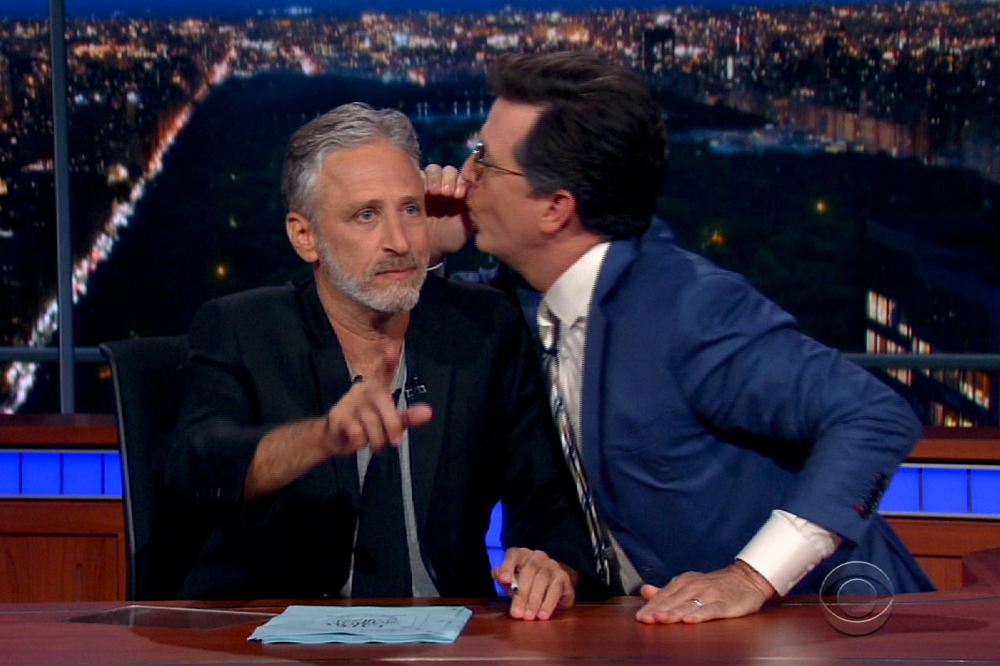 It may have only been for a few minutes, but it was reminiscent of when Johnny Carson sat behind David Letterman‘s desk oh-so-briefly. Except Jon Stewart didn’t just sit behind Stephen Colbert‘s desk, he did a routine we’ve seen him do time and time again during hours of political discourse in our country. And he did it better than anyone else has done in the past, and better than anyone does it now.

Yesterday was the 20th anniversary of the premiere of Comedy Central’s The Daily Show, and Stewart celebrated by performing his news review routine on Colbert’s Late Show. It was magnificent late night television, a reminder of how much Stewart has to offer, and how deprived we all are of his genius on a nightly (ok, “daily”) basis.

He first appeared in a loose sketch Monday, the opening night of the Republican National Convention, trading spit-takes with Colbert for an installment of The Word (“Trumpiness”). Then on last night’s show, Colbert celebrated the news that Roger Ailes had resigned from Fox News. Suddenly Stewart popped up to share in the glee, and then, just like that, Colbert handed over his desk, gave Stewart a blazer and clip-on tie, and for 10 blistering minutes, Stewart’s Daily Show persona was back on the air,

We’re HustleTweeting about Jon Stewart, and you’re more than welcome to join the conversation on the Hustle Twitter HERE and also on our hyper-interactive Facebook page HERE!