Kimbo Slice's Next Fight To Be Held In a Boxing Ring 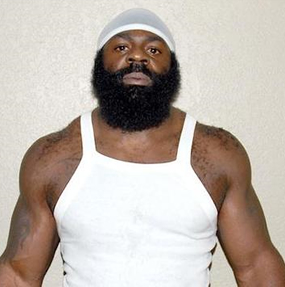 The Street Sensation Wants To Bang It Out With Some Heavyweights!

Kevin Ferguson, the Miami-based street fighter who became a  YouTube fighting sensation under the name Kimbo Slice has planned out his next career move, and it’s not in MMA. Kimbo wants a shot at the heavyweight division … in boxing!

The 36 year old charismatic brawler was interviewed by ESPN New York’s website, and said after 3 years in the MMA world, he wants to try fighting under Marquess of Queensbury rules.

"I feel like a baby all over again," Kimbo said excitedly,  "I’m thinking about this at night. I’m gonna be a problem in the heavyweight division. I’m going to be coming in with a bad demeanor. I want to see what it’s like to break some ribs, break a jaw with one punch."

New Jersey-based promoter Gary Shaw recently told the same website he was confident he would soon have a deal signed with Kimbo, who made sure to leave the door open with the MMA community by saying  "I love fighting. I like to knock people the fuck out. I love engaging. Maybe some people think I’m crazy."

Shaw commented to ESPN, "Maybe I’m wrong, maybe he’s coming to boxing too late, but I don’t think so. He’s not a beaten-up athlete. He’s a natural, with that bob and weave like Mike Tyson."

Shaw was a major player in Elite XC, which was the MMA company that first featured Kimbo on the national stage. "I’ve always said he could be a world champion," Shaw noted,  "I believe in that more than ever. This is not the era of Tyson, Holyfield and Lennox Lewis."

And yes, notice the sarcasm, please.

We’re HustleTweeting about Kimbo Slice and his move to boxing right now, and you’re more than welcome to join the conversation. Follow THE HEYMAN HUSTLE on Twitter HERE