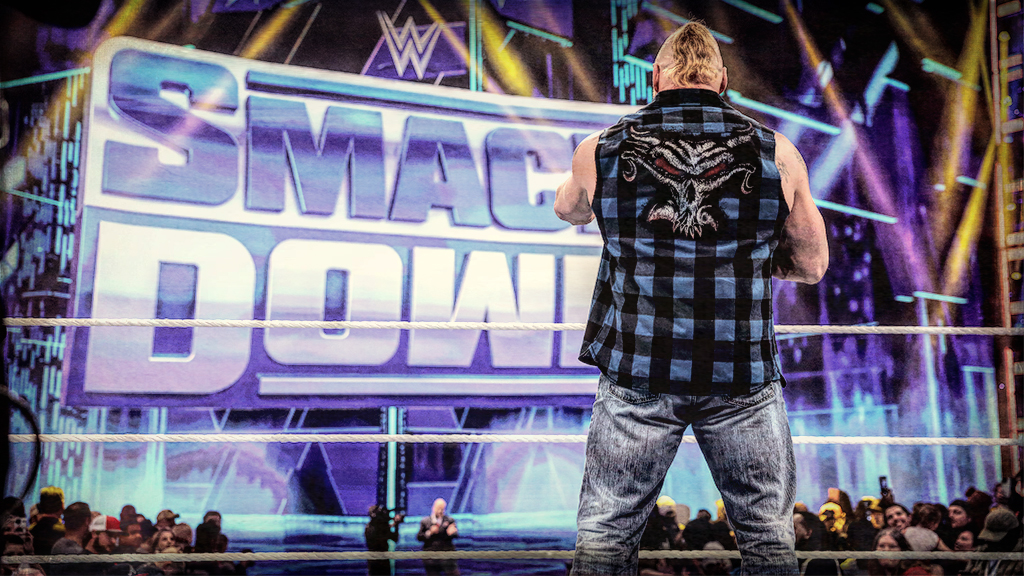 It was a close call for our boss, WWE Universal Heavyweight Champion Roman Reigns’ #SpecialCounsel Paul Heyman on this week’s edition of Smackdown. According to our friends at WWE.com:

After suffering a brutal onslaught at the hands of Universal Champion Roman Reigns & The Bloodline during a Madison Square Garden Live Event last weekend, an irate WWE Champion Brock Lesnar reemerged on SmackDown and made it clear that he cared about nothing other then calling out The Head of the Table and getting his retribution.

Instead, Special Counsel Paul Heyman emerged and informed him that Reigns was not on the blue brand. In response, The Beast took off in pursuit of his one-time Advocate and nearly caught him before Heyman escaped in a car.

We’re HustleTweeting about Smackdown and the Biggest WrestleMania Match of All Time … and you’re more than welcome to join the conversation on the Hustle Twitter HERE … on our ridiculously sensational Instagram HERE … or on our Facebook page HERE!