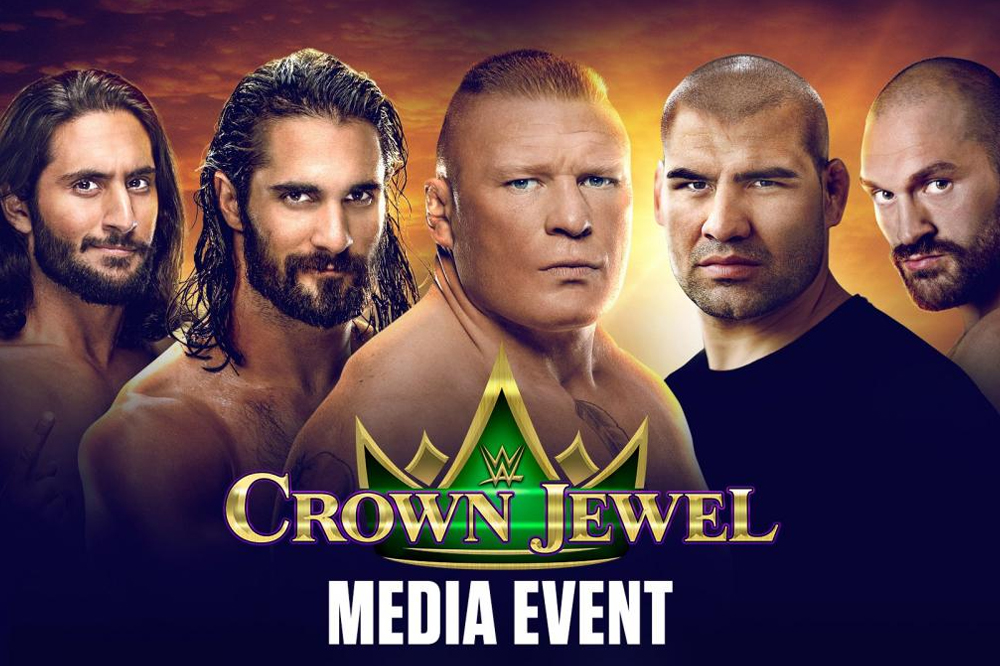 WWE Heavyweight Champion Brock Lesnar (with his Advocate, our boss Paul Heyman) and Cain Velasquez (with his familia, Rey Mysterio) appear live in Saudi Arabia for the WWE Crown Jewel media event as both men prepare to square off in a highly personal rematch that has been brewing for almost a decade.