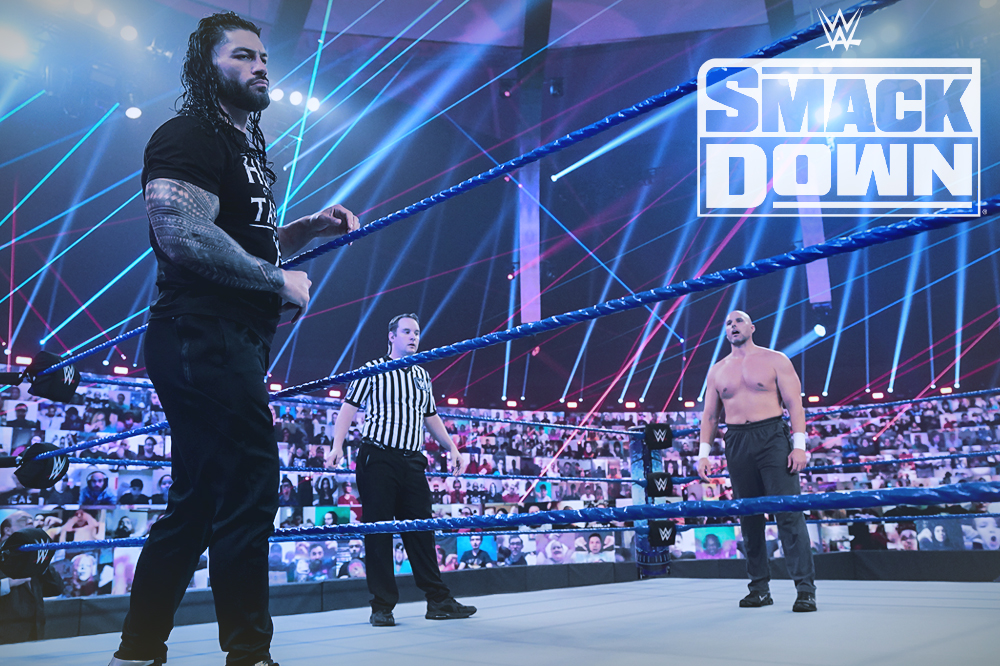 WWE Friday Night Smackdown on FOX ended in chaotic fashion, as the Paul Heyman vs Adam Pearce match (based on Heyman’s challenge to Pearce earlier in the show) degenerated into pure chaos. According to WWE.com:

The WWE Universe was expecting the unlikely throwdown between Adam Pearce and Paul Heyman, but as stated last week – “Card subject to change.” An “injury” to Heyman ushered in The Head of the Table, who took delight in attacking Pearce. As Reigns lined the WWE official up for a brutal toss from the WWE ThunderDome perch, Kevin Owens emerged to throw haymakers with the Universal Champion. KO hit multiple Stunners on Reigns and ended the night by smashing The Big Dog through the announce table with a Pop-up Powerbomb.