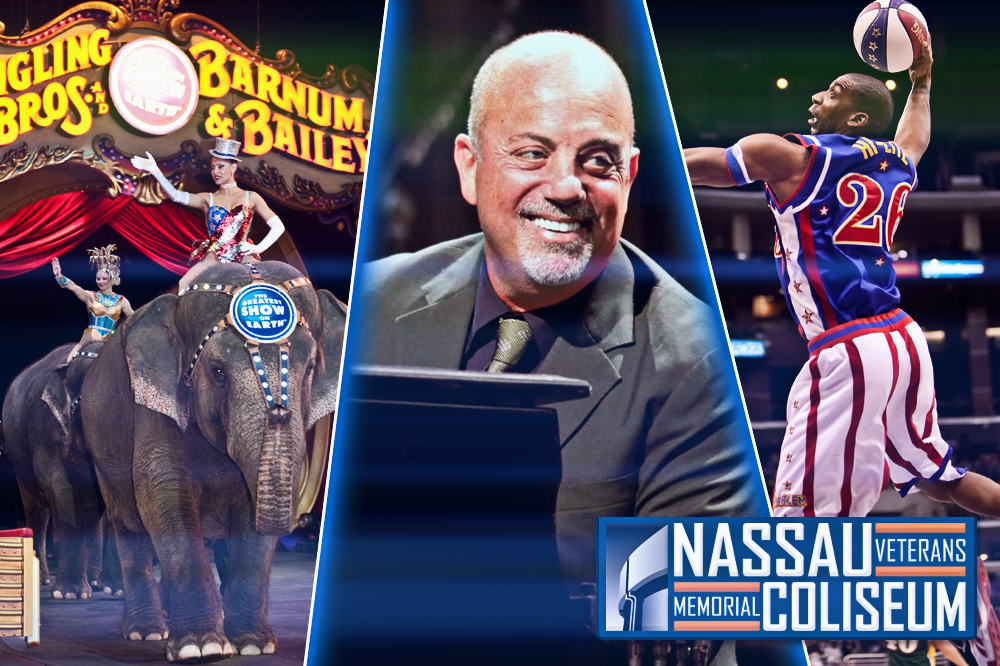 … and we have the schedule of events already booked in the upgraded venue!

The Nassau Veterans Memorial Coliseum is getting ready to re-open on Wednesday, April 5th, as the Forrest City Ratner company, who took over operation of the county-owned Uniondale arena, will kick off the new version of the old building with a concert by hometown hero Billy Joel. It’s worth noting the “Piano Man” also played the very last concert ever at the old coliseum before this makeover.

Right after Billy Joel is a concert the very next night by Stevie Nicks, who plays Thursday, April 6th. Opening week continues with Syosset’s own Idina Menzel, best known as the voice of Queen Elsa in Frozen, who takes the Nassau Coliseum stage at 8 p.m. Friday, April 7. That performance kicks off her latest tour.

Then comes the big newsmaker, as Ringling Bros. and Barnum & Bailey Circus will have a 10-day run from May 12-21st. It will be their last ever after 146 years in business. Those eager to see this historic show ride off into the sunset should act fast since last show ever sold out almost immediately after the closure plans were announced.

So far, there are only three concerts scheduled for this summer, including The Weeknd on Saturday, June 3rd … The Total Package tour, featuring New Kids on The Block, Paula Abdul and Boyz II Men on Friday, July 7th … and Roger Waters of Pink Floyd fame brings his Us + Them tour to LI on Friday, Sept. 15 and Saturday, Sept. 16th.

Looking down the road, Bruno Mars plays Thursday, October 5th, and the Stony Brook University Mens Basketball team will face off against the Maryland Terrapins on Saturday, November 11th.

We’re HustleTweeting about the re-opening of the Nassau Coliseum, and you’re more than welcome to join the conversation by following the Hustle on Twitter HERE or by hitting LIKE on our hyper-interactive Facebook page HERE!