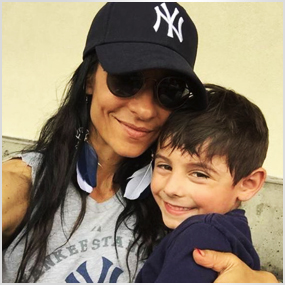 It is with heavy hearts that we here at THE HEYMAN HUSTLE must tell you of the tragic death of Loredana Nesci, a frequent contributor to the conversation on THE HEYMAN HUSTLE TWITTER PAGE and the star of SundanceTV’s “Loredana Esq.” reality show.

Police in Redondo Beach, California are continuing their investigation, but this is what we know so far: Loredana’s significant other, Robert Brian Reagan, 51 years old, is being held on $1 million bail at the Redondo Beach jail in connection with Loredana’s death. Robert and Loredana share a son, Rocco, who is five years old. The arraignment is scheduled for tomorrow. Authorities who arrived at the couple’s residence in Redondo Beach took Robert in custody, later confirming he had “been arrested in connection with this homicide.” We can confirm Rocco was not home when the incident occurred. We also can confirm at this time that Loredana died of a stab wound, while other media sources are reporting either a stab or gunshot wound.

More details as this case unfolds.