Low Ki Positions Himself Back In The Global Headlines 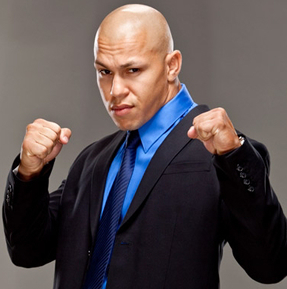 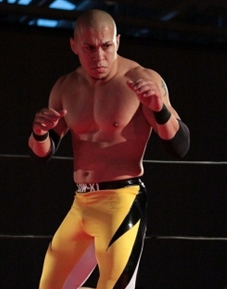 It was one of the featured matches on New Japan’s debut show in the United States, a co-promotion with Jersey All Pro Wrestling at the Recreation Center in Rahway, New Jersey.

Fresh off a stint on WWE’s NXT program, the former Kaval returned to his roots as "Low Ki" and teamed with former TNA standout Homicide to take on a pair of New Japan legends, Jushin "Thunder" Lyger and Tiger Mask.

"After spending 2 years in The Land of Make Believe, it felt great to be back in the real world, where people can value true skill," Ki told THE HEYMAN HUSTLE during an exclusive conversation this afternoon, "where they don’t have to be told what they like."

Never one to pass up on a true opportunity, Ki scored big. At the 10:41 mark into the match, Low Ki pinned Tiger Mask after nailing A PICTURE PERFECT KI CRUSHER! "I knew the momentum of career had changed the moment the referee’s hand hit the mat for the third time," Ki told us, "and I’ll be the first to admit, it didn’t just feel good, it felt great!"

Next on Ki’s mind? The IWGP Junior Heavyweight Title, which he proudly held as the 55th champion from September 2008 to January 2009. "It’s my goal to be champion again," Ki confessed to the Hustle, "I want to be a champion that goes down in history for bringing the most honor and prestige to the title! It’s the champion who makes the championship, not the other way around!"

Of course, we’re HustleTweeting about this entertainer proud professional wrestler, and you’re more than welcome to join the conversation! Follow THE HEYMAN HUSTLE on Twitter HERE or write to us at hustleoncrave@gmail.com 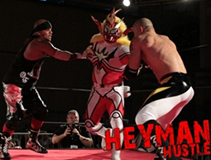