MAJOR CONTROVERSY AS UNDERTAKER CLAIMS VICTORY OVER BROCK LESNAR AT WWE SUMMERSLAM ... BUT BROCK MADE THE DEADMAN TAP OUT! 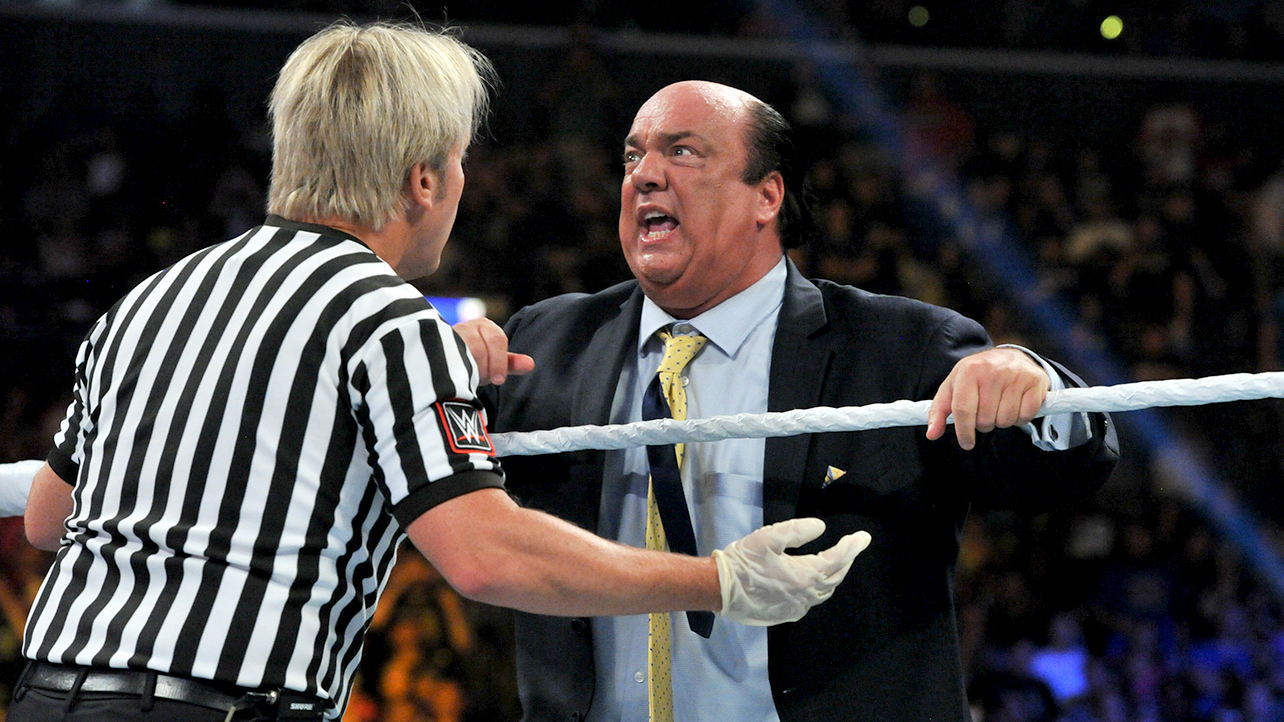 In the match our boss Paul Heyman called “Too Big For WrestleMania,” Brock Lesnar made The Undertaker tap out for the first time in The Phenom’s career … but the referee didn’t see it … and then Taker took full advantage!

It was at WrestleMania XXX when BROCK LESNAR CONQUERED THE UNDERTAKER’S WRESTLEMANIA UNDEFEATED STREAK, taking the fabled 21-0 record to 21-1. Since then, Taker has sought revenge, so when BROCK LESNAR’S QUEST TO BECOME WWE CHAMPION AT BATTLEGROUND WAS INTERRUPTED BY UNDERTAKER, we knew it was only a matter of time before the rematch of all rematches would be set. So when PAUL HEYMAN DECLARED “YOU CAN SELL YOUR SOUL TO THE DEVIL BUT YOUR ASS BELONGS TO BROCK LESNAR” followed by all hell breaking loose, the match somehow got even bigger. The main event of this year’s WWE SummerSlam 2015 ended in controversial fashion, as WWE.com reports:

The record will show that The Beast has been slain, and the demons of The Undertaker have been laid to rest. The reality, though, is more complicated than that.

Sixteen months after The Phenom’s life’s work was taken from him by Brock Lesnar, The Deadman found redemption in a confrontation that was deemed “Too Big For WrestleMania.” He defeated The Beast Incarnate through a development that was partially a gift from Heaven and partially some magic of the devil himself, with a hefty helping of rulebook jargon to go with it. Officially, yes, The Undertaker won. Whether Brock Lesnar was truly defeated in the purest sense, however, will be a question for historians to decide.

Ironically, The Deadman’s victory — such as it was — snapped another, lesser known streak: A winless stretch against the former UFC Heavyweight Champion. It was another historic shortcoming that surely spurred The Phenom into action when Lesnar pounced on him before the bell even rang, lending an air of lawlessness to the most eagerly anticipated rematch in WWE history. Things got grittier from there when the match finally did begin in earnest, as Lesnar immediately floored The Phenom with a double-leg takedown and mashed his face in with forearms and fists.

Despite Lesnar’s track record with the ground-and-pound style, it was Undertaker who drew first blood with a face full of turnbuckle for his opponent. And yet Lesnar still forced The Phenom into Suplex City with a bevvy of belly-to-bellies and Germans, and a detour into F-5 County that sent Undertaker spiraling through the commentary table.

Of course, we’re HustleTweeting about Brock Lesnar vs. The Undertaker, and you are more than welcome to join by following the Hustle on Twitter HERE or check out our interactive skills on Facebook HERE!