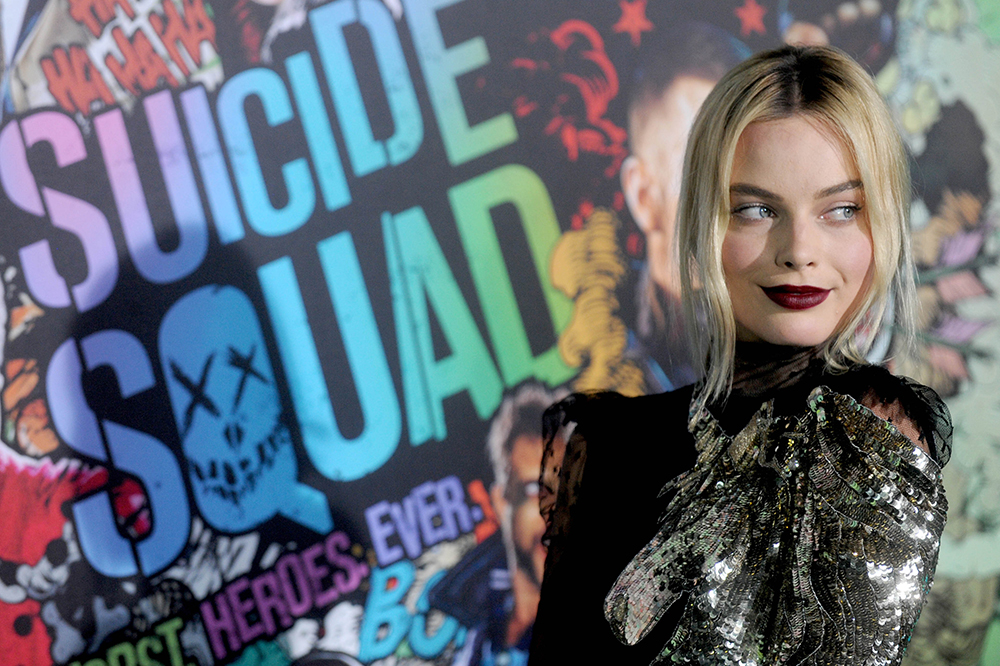 Margot Robbie became an international sensation when she was paired with Leo DiCaprio in Martin Scorsese‘s epic drama The Wolf of Wall Street. Now she’s breaking hearts (and skulls, with a baseball bat no less) as Harley Quinn in the new summer blockbuster Suicide Squad. In a great interview posted by The Wall Street Journal, Margot commented on a whole host of subjects.

JOURNAL: The character has a lot of fans already. Why do you think they’re so drawn to her?

MARGOT ROBBIE: I was curious about that, as well. When we were in preproduction I was looking into fan forums to find out what it was about Harley that they loved so much. I assumed, after reading the comics, mainly, that she’s so entertaining. She’s so unpredictable it makes her entertaining to watch or read. She had a great sense of humor. Interestingly enough, on the fan forums a lot of people seemed to really like that she’s so devoted to Joker despite how he treats her. That was really interesting to me. I hadn’t expected to find that.

JOURNAL: Fans haven’t seen the movie, but there’s been a lot to respond to — the trailers, the toys, the art, everything — what do you feel about the general reception you’ve received so far?

MARGOT ROBBIE: It’s been amazing. I think we’re all a little shocked by how much hype there’s been surrounding it. When the first teaser trailer came out, we were only halfway through shooting, and that teaser had footage drawn from whatever we’d shot up until that point. We got such a massive reception, and obviously I’m anxious to see how the fans would respond to the way it’s been brought to life. … That was encouraging, especially halfway through shooting it gave us a boost for the rest of the [production].

JOURNAL: Last year, Harley was the most searched Halloween costume on Google in the U.S.

MARGOT ROBBIE: A lot of my friends actually dressed as her for Halloween. They called asking about her tattoos: “What are you guys asking this for?” “Oh, we’re dressing as Harley as Halloween.” I thought they were just taking the mickey, but they genuinely wanted to dress as Harley for Halloween. I was so … yeah … I was just so surprised.

JOURNAL: They were dressing as your version?

MARGOT ROBBIE: Yeah, exactly. They were trying to get the exact tattoos matched correctly. It was funny because when they were doing the costume fittings, we tried a hundred different variations of Harley’s look, and then one of the things Kate Hawley, our costume designer, was saying: “People are already dressed like you, with the corset and skirt look from the comics. People already dress like this for Halloween. Let’s give people a new Halloween costume.” [She said this] without realizing, of course, it would end up actually being a very popular Halloween costume.

JOURNAL: Harley has had a distinct voice since her inception in the cartoon 24 years ago. You re-create that, but it’s a little more subtle. How many ways did you try that distinct Harley voice?

MARGOT ROBBIE: It took me a while to find. Obviously, I read all the comics I could get my hand on to inform the decisions I was going to make about Harley, and I wanted it to be based on what was in the comic books. That she should have a slight Brooklyn sound, that’s in her original backstory. I wanted that, but I didn’t want it to be the full Brooklyn accent I did in “Wolf of Wall Street.” And then I listened to the animated voices. When you’re doing David Ayer‘s version of “Suicide Squad,” where everything is quite grounded in reality, you can’t really do a too-cartoonish voice because there are scenes where she needs to be doing more than just sounding delighted or whatever.

JOURNAL: Harley has lots of detail, both in the way she acts and dresses. If you had to pick a favorite Harley accessory, what would it be?

MARGOT ROBBIE: The baseball bat. That’s maybe the obvious answer. I really loved my baseball bat. I became weirdly attached to it.

JOURNAL: Did you ever find yourself taking a swing at anybody just in jest?

MARGOT ROBBIE: No. For a couple of the fighting scenes I had to use the stunt version of the baseball bat, which was made out of rubber — which, don’t get me wrong, still hurts because I accidentally hit myself in the face with it once and I honestly thought I broke my nose. For the most part, [David Ayer] would make me carry the wooden one. I don’t know if you’ve carried a wooden baseball bat, but they’re extremely heavy.

So I was trying to be careful, but I’d be swinging it a lot unconsciously on set, and many times I’d almost hit Will [Smith] or someone else with it, and they would be like, “Margot! Stop swinging the bat! You’re going to knock us out!” I think everyone became oddly attached to their accessories or weapons or whatever. I didn’t really like other people holding my baseball bat. It felt like it was my thing.

Of course, we’re HustleTweeting about Margot Robbie as Harley Quinn in Suicide Squad, and you’re more than welcome to join the conversation on the Hustle Twitter HERE and also on our hyper-interactive Facebook page HERE!