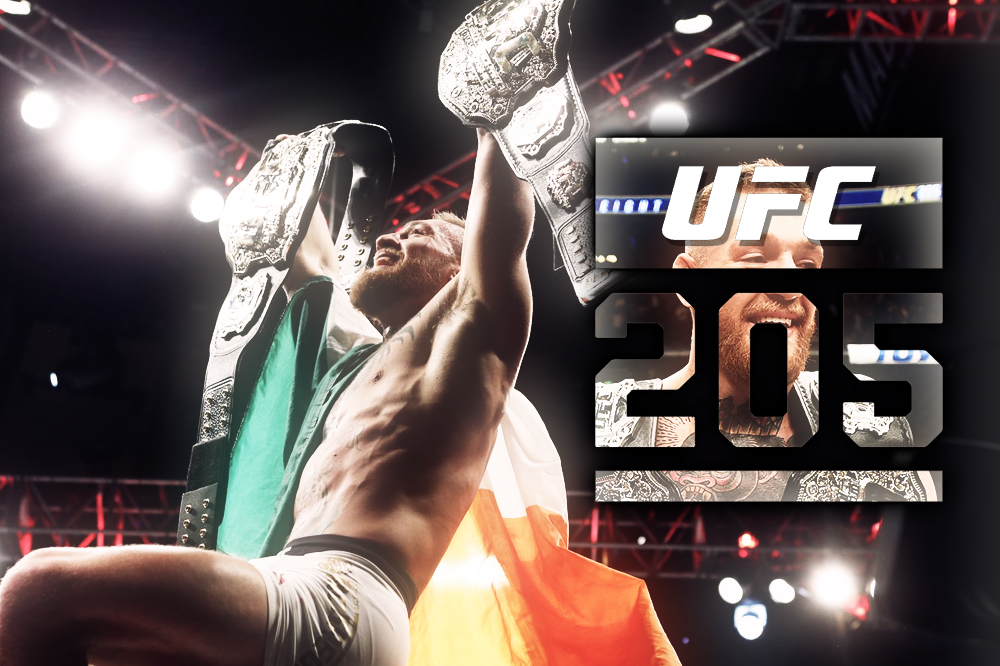 Conor McGregor made history last night at UFC 205 knocking out Eddie Alvarez in the second round to win the UFC lightweight title and become the first two-class champion in UFC history.

McGregor dominated from the start of the bout at The World’s Most Famous Arena, Madison Square Garden on Saturday night and the sold-out crowd roared with each blow. McGregor crouched inside the cage waiting for the bell to ring and attacked Alvarez. McGregor was the clear aggressor from the start and dropped Alvarez three times in the first round. Alvarez, out of Philadelphia, bounced up the first two times and took a severe beating on the third.

McGregor forced Alvarez to fight with his back to the cage and dominated the rest of the round. McGregor placed his hands behind his back in the second, taunting and toying Alvarez to hit him. McGregor, UFC‘s biggest box office star, unloaded a left and ended the fight.

He demanded both belts and slapped them over his shoulder before he sat on top of the cage.

During his post-fight interview in the octagon, McGregor called the UFC “cheap motherf***ers” for failing to bring out the featherweight belt so he could strut around with the two jewels. “It’d like to take this time to apologize,” McGregor shouted into the microphone, “to absolutely nobody!”

UFC was live and legal in New York for the first time since an MMA ban was lifted earlier this year. We’re HustleTweeting about Conor McGregor, and you’re more than welcome to join the conversation by following the Hustle on Twitter HERE or by hitting LIKE on our hyper-interactive Facebook page HERE!