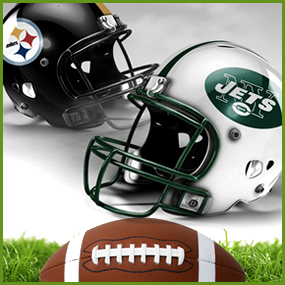 The New York Jets snapped an 8 game losing streak, lead by Michael Vick taking full advantage of his game day for the team, beating the Pittsburgh Steelers 20-13 in front of a shocked crowd at Met Life Stadium. Vick wasn’t alone in his MVP-level performance, though. Jaiquawn Jarrett and T.J. Graham stepped up and dominated the Pittsburgh franchise.

Jarrett, a safety who started over Calvin Pryor, had a career day, picking off Pittsburgh QB Ben Roethlisbeger twice, recovering a fumble and adding a sack. Jarrett, a local New York kid who attended Fort Hamilton High School in Brooklyn and Temple, did not have an interception in his career heading into Sunday’s game. The four takeaways by the Jets on Sunday exceeded the three turnovers they had forced in their first nine games. Graham caught a deep touchdown and recovered a fumble. Vick became the first quarterback in NFL history to rush for over 6,000 yards in his career Sunday.

Vick had to have fans wondering early why the Jets didn’t play him sooner. After a successful first drive earned the Jets three points, he came out firing on the team’s second drive of the game, throwing a deep bomb to Graham for a 67-yard touchdown over William Gay to put the Jets shockingly ahead by 10 points late in the first quarter.

Even more stunning that a long touchdown from Vick was what came next: a takeaway. The Jets hadn’t forced a turnover since Week 5, but on a screen pass to Antonio Brown the receiver fumbled the ball after having it jarred loose by Muhammad Wilkerson that Jarrett recovered.

The Jets kept the surprises coming, because Vick and the offense were able to convert in the red zone on the ensuing drive off the turnover, as the QB hit rookie TE Jace Amaro for a five-yard touchdown in the back of the end zone to put Gang Green ahead 17-0 with 19 seconds remaining in the first quarter.

Normalcy seemed to briefly return as the Steelers began to drive on the Jets, partially thanks to Jason Babin, who committed a personal foul penalty by tackling Roethlisberger well after the whistle had blown for a delay of game. But right as the Steelers were about to score, a tipped ball near the end zone was caught by Jarrett, the team’s second interception of the year.

After the Jets got a lucky break when the Steelers lost a challenge on what certainly appeared to be a Vick fumble, Brown muffed the ensuing punt which was recovered by Graham. The Jets couldn’t capitalize on that mistake, however, after Nick Folk missed a 45-yard field goal. The Steelers meanwhile were able to get a last-second 53-yard field goal before the half to send the teams to the locker room with the Jets leading 17-3.

Jarrett had a sack, interception and fumble recovery in the first half, but the Brooklyn native wasn’t done. On the Steelers’ first drive of the third quarter, Roethlisberger overthrew Markus Wheaton and Jarrett was there to pick it off.

The two teams traded field goals in the second half, and Steelers missed another. The game appeared over, but after Vick and Rex Ryan each earned unsportsmanlike conduct penalties, the Steelers got the ball back. Roethlisberger completed an 80-yard touchdown pass to Martavis Bryant with Phillip Adams in coverage, somehow keeping the Steelers alive, down 20-13 with 1:16 remaining. But the Jets recovered the onside kick attempt, winning them the game.

Of course, we’re talking about Michael Vick and the New York Jets, and you’re more than welcome to join the conversation by following us on twitter HERE or write to us directly at hustleoncrave@gmail.com Hey, have you checked out the Hustle’s Ultra High Quality You Tube Channel, with exclusive videos featuring OUR WORLD EXCLUSIVE WITH MIKE TYSON … BROCK LESNAR’S “HERE COMES THE PAIN” … ICE-T AND COCO’s SEX SECRETS … MMA BAD BOY NICK DIAZ … the list goes on and on, so if you’re not subscribing, you’re missing something … and by the ways cheapos, it’s FREE! Yes, absolutely 100 percent FREE! What are you waiting for? Check it out HERE!