Microsoft To Buy LinkedIn For a Gazillion Dollars 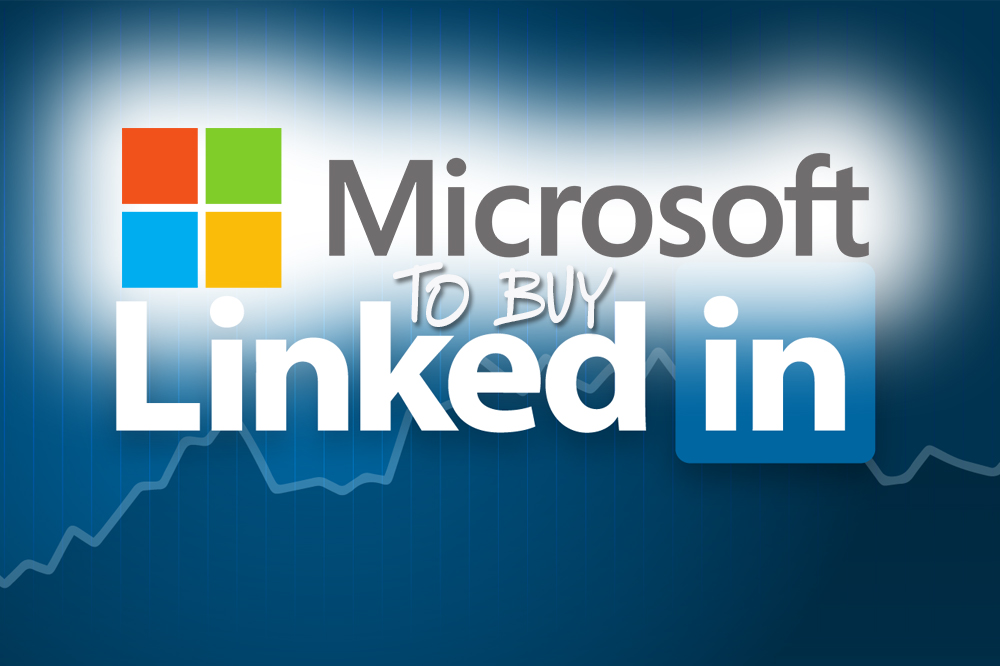 In yet the latest example of top executives losing faith in the stock market delivering to them the “big payout,” LinkedIn has agreed to a deal worth $26.2 billion in which the company will be bought by Microsoft, combining the software giant’s business-productivity tools with an online network of 433 million professionals.

For Microsoft, the deal will help it in it mission of trying to keep services like Outlook email relevant enough that customers won’t want to leave it for competitors such as Google’s Gmail.

For LinkedIn, the opportunity to tap Microsoft‘s customers, including the 1.2 billion users of its Office suite of business software, could help it jumpstart growth, which has slowed in recent quarters.

“The professionals of the world can benefit in terms of getting their work done,” said Microsoft Chief Executive Satya Nadella, who has been trying to reinvigorate the company since taking over in February 2014.

“The Venn diagram is pretty big,” he said, meaning the overlap of customers of both companies, although he didn’t give a precise number.

He gave an example of a customer walking into a meeting scheduled on a Microsoft Outlook calendar integrated with LinkedIn, receiving notification that one of the people in the meeting went to college with a colleague.

“The future of productivity is around people, identity and data and the relationships between the them,” said Matt McIllwain, a portfolio manager at Madrona Ventures. “Microsoft is buying LinkedIn for the opportunity to leverage these capabilities and combine them with Microsoft’s strong but complimentary assets in those three areas.”

The offer of $196 per share represents a premium of 49.5 percent to LinkedIn‘s Friday closing price.

Reid Hoffman, chairman of LinkedIn‘s board and the company’s controlling shareholder, said the deal has his full support.

“I have always had a great admiration for LinkedIn,” Microsoft CEO Satya Nadella said in a video on Microsoft‘s website. “I have been talking with Reid and Jeff for a while … I have been thinking about this for a long time.”

Jeff Weiner will remain chief executive of LinkedIn, reporting to Nadella. In a phone call, Weiner said LinkedIn would remain its own entity in the way that YouTube is relatively independent from parent Alphabet (GOOGL.O), or Instagram from parent Facebook (FB.O).

Microsoft plans to speed-up monetization of LinkedIn by growing individual and organization subscriptions as well as targeted advertising, it said.

Despite the rich premium paid by Microsoft, LinkedIn is selling for well below its peak of more than $270 per share in 2015, but a weak forecast earlier this year sent its shares tumbling amid slowing online ad revenue. LinkedIn went public in 2011 at $45.

“(LinkedIn) is a great business, even though the company stubbed their toe back in February,” said Ivan Feinseth, analyst at Tigress Financial Partners. “It’s a premium company and it deserves a premium valuation.”

The deal, which won the unanimous support of both boards, is expected to close this year, the companies said.

Microsoft said it would issue new debt to fund its acquisition.

After the deal, which will require approval from regulators in the United States, the EU, Canada and Brazil, LinkedIn will become part of Microsoft‘s productivity and business processes unit, the companies said.

Let’s talk about this story on THE HEYMAN HUSTLE TWITTER!

Our Hyper-Active HUSTLE FACEBOOK Page Is Ready For Your Views!