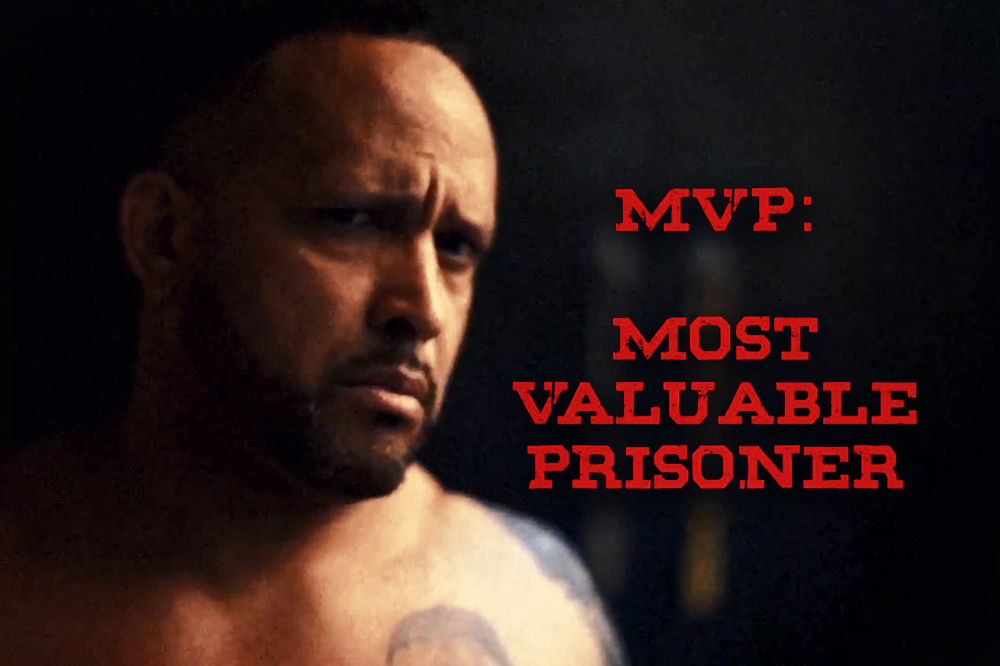 MVP: Most Valuable Prisoner a new one man show will debut this weekend, and the anticipation for the former WWE superstar’s debut into the world of one man shows is quite high. The world premiere event takes place in London, with a show that promises to truly offer no holds barred and no punches pulled.

At the tender age of 16, MVP pleaded guilty to armed robbery and kidnapping following a violent hold-up of a cruise ship casino in Florida. Tried as an adult, he was sentenced to eighteen and a half years. That’s not a misprint.

MVP promises he shall reveal just how he overcame street gangs, gun violence, racial prejudice and a decade in prison to not only become one of WWE‘s global superstars but a successful rap artist, podcaster and an advocate for prisoner education.

The show will feature an EXCLUSIVE special guest Q&A which promises to give the audience a never-before-offered insight into prison life and wrestling redemption – capturing all of its explicit yet often comedic detail, told as only the charismatic MVP can.

We’re HustleTweeting about MVP, and you’re more than welcome to join the conversation on the Hustle Twitter HERE and also on our hyper-interactive Facebook page HERE!