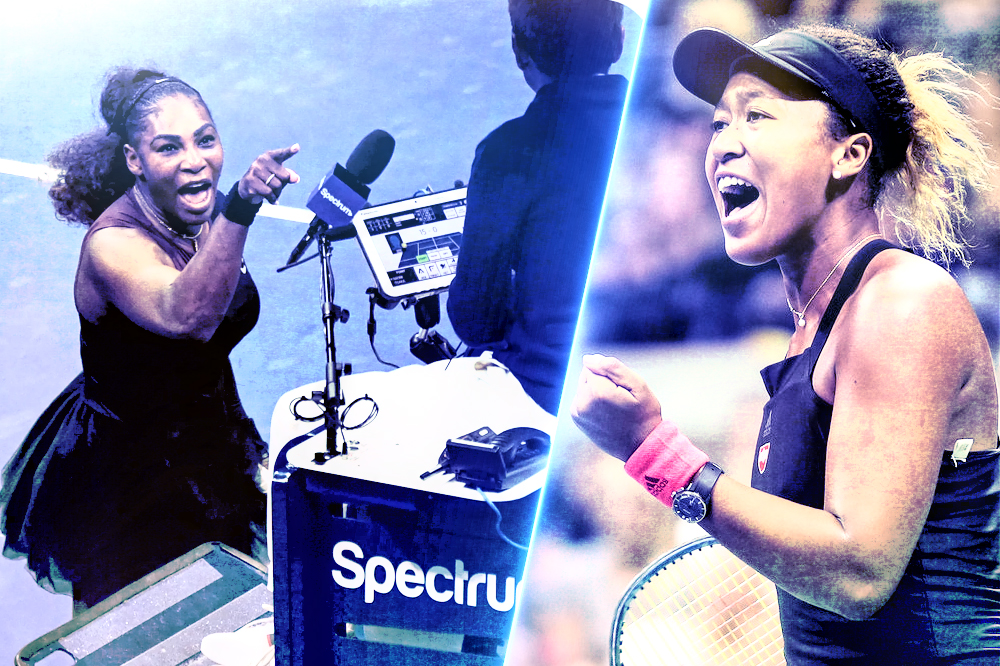 20 year old upstart Naomi Osaka, a major new superstar on the tennis circuit, is the new US Open Women’s Champion, defeating Serena Williams in straight sets. Osaka was ranked number 20 in the world. She defeated the legendary Serena, who was looking for her 24th Grand Slam title.

Following the penalty, and continuing into following games, Serena let Earley have it. She stopped at the official’s chair multiple times, yelling that she has never cheated in her life. Then Serena broke her racquet in frustration after dropping to 4-3 in the second set, and continued to point her finger at Earley, telling him that he was a “thief” for stealing points from her.

That resulted in a game penalty, which then caused Serena to really, really lose it with Earley.

And she yelled at two other USTA officials who came out to try to calm Serena, as well, but to no avail. Serena was moved to tears.

—Serena to the chair umpire after receiving a coaching violation pic.twitter.com/v6Q2GWYYOn

It is hard to describe just how rare a Grand Slam game penalty is. Many feel it’s a shame that Osaka’s 6-2, 6-4 victory, her first Grand Slam title, will be remembered for the controversy that ensued. Osaka has ascended to the world stage. Serena is embroiled in a most unusual controversy. It’s a perfect time to join the conversation with our HustleTweeters, which you can do by following the Hustle on Twitter HERE or by hitting LIKE on our hyper-interactive Facebook page HERE!