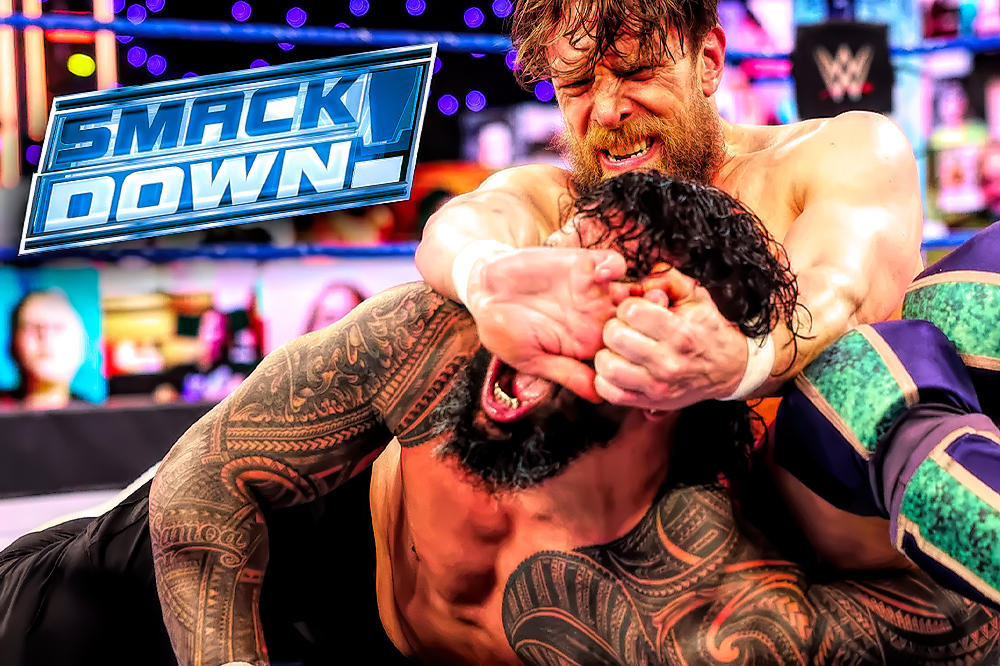 The main event of the 2021 edition of WrestleMania will be a Triple Threat Match featuring Universal Heavyweight Champion Roman Reigns (along with our boss, his #SpecialCounsel Paul Heyman) versus the winner of the 2021 Royal Rumble Edge vs Daniel Bryan.

Bryan, who has been victimized by Roman Reigns, by Edge and by Jey Uso, could finally take it no more.

And we are heading into WrestleMania week.

Things are heating up. They’re getting interesting. The main event of WrestleMania is upon us!

We’re HustleTweeting about last night’s WWE SmackDown, and you’re more than welcome to join the conversation on the Hustle Twitter HERE … on our ridiculously sensational Instagram HERE … or on our Facebook page HERE!