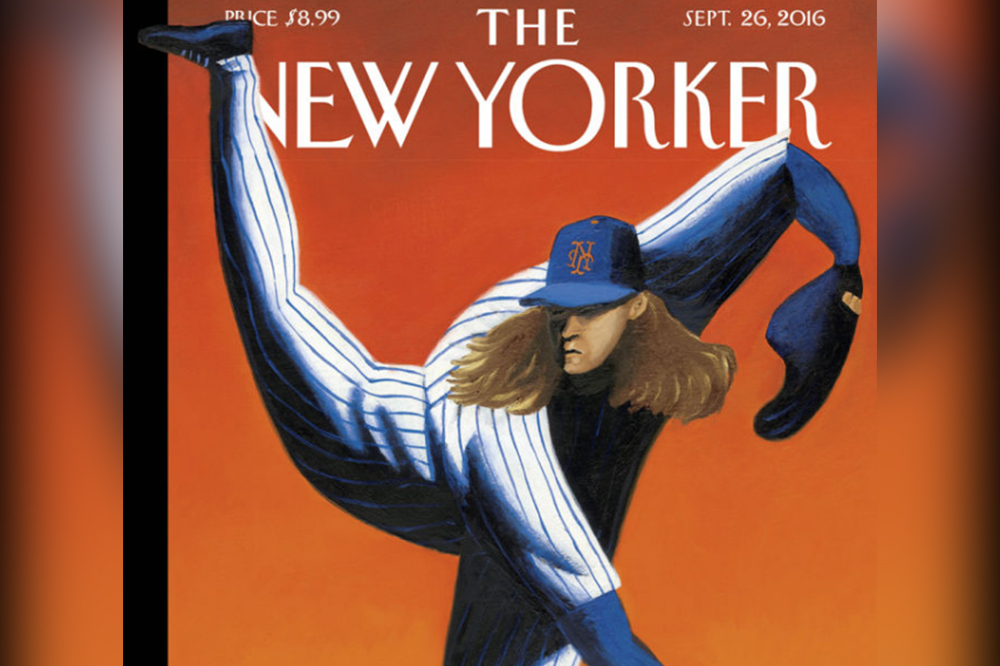 Noah Syndergaard has been able to enjoy another unique taste of The Big Apple, as the New York Mets’ pitcher is featured on the cover of The New Yorker magazine. MLB.com reports:

Mets pitcher Noah Syndergaard has accomplished many great things in New York City. He helped take the Mets to their first World Series in 15 seasons, he became the first real-life superhero in Times Square, he made snow angels in nearly every major sport stadium in the Metropolitan area.

But this week marks the moment he’s officially made it in the Big Apple — for Thor is gracing the cover of The New Yorker:

Legendary illustrator Mark Ulriksen created the wavy, dreamlike “Late Innings” image because he said “The Mets are peaking at just the right time.” Ulriksen is a fan of the Giants — one of the other teams that’s battling it out for an NL Wild Card spot.

We congratulate Syndergaard on this latest honor / accomplishment, and offer you, our Hustlers, a look back at baseball on the cover of The New Yorker magazine. We are HustleTweeting about The New Yorker and you’re more than welcome to join the conversation by following the Hustle on Twitter HERE or by hitting LIKE on our hyper-interactive Facebook page HERE!