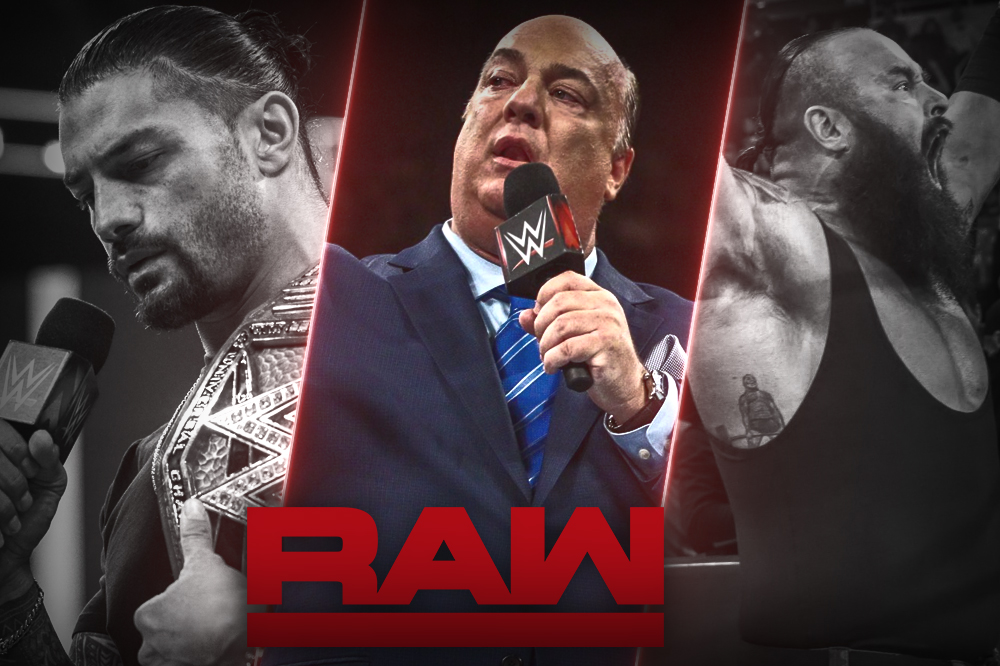 It must be a terribly difficult evening backstage at WWE Monday Night RAW in Providence, Rhode Island, as the news about Roman Reigns’ Leukemia Diagnosis went worldwide with Reigns’ announcement at the beginning of the show. Our boss, Brock Lesnar‘s advocate Paul Heyman tried to put things in perspective. According to WWE.com:

In Roman Reigns’ absence, the Universal Championship picture for WWE Crown Jewel has been set: Braun Strowman and Brock Lesnar will battle for the vacant title, and both The Monster Among Men and Lesnar’s advocate Paul Heyman wasted no time in a mad scramble for momentum.

First out was Heyman, who praised the now-former titleholder (“It is humbling to … have been in the presence of such courage and such greatness”) before arguing for Lesnar as the Superstar who could best carry on the legacy that Roman Reigns brought to the title — both in the ring and, potentially, the Octagon. That drew out Strowman, who bristled at the notion that he wasn’t in Brock Lesnar’s league, category or stratosphere. The Gift of Destruction promised that he would be the one to defend the title on a weekly basis and that Reigns would be first in line for an opportunity when he returned. But for now, the only thing awaiting Lesnar at Crown Jewel would be These Hands.

We’re HustleTweeting about WWE Crown Jewel and also the shocking, tragic news regarding Roman Reigns, and you’re welcome to join the conversation on the Hustle Twitter HERE and also on our hyper-interactive Facebook page HERE!