VIRAL VIDEO OF THE WEEK: MADONNA, JIMMY FALLON AND THE ROOTS DO AN AMAZING VERSION OF "MUSIC" ON CLASSROOM INSTRUMENTS 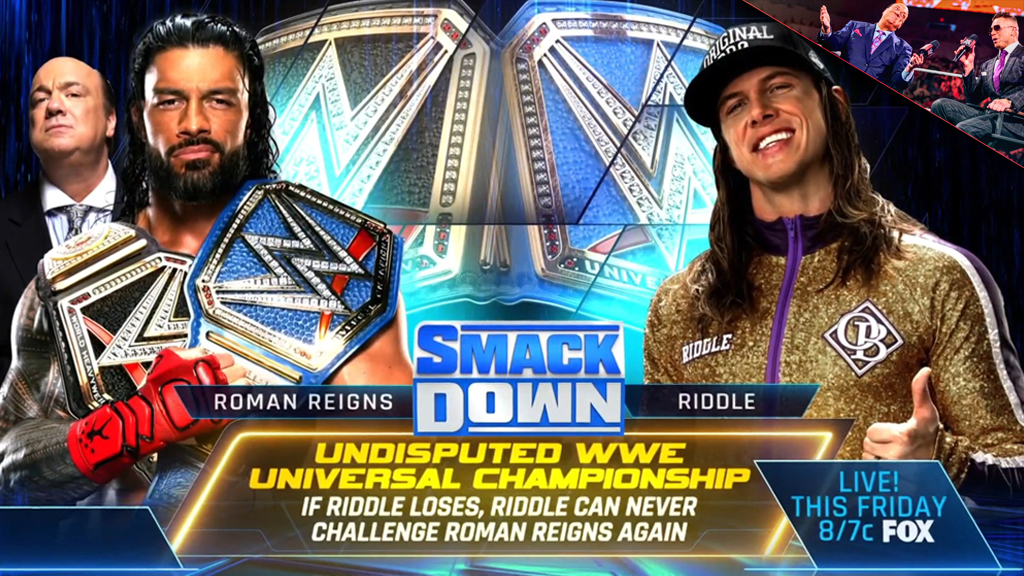 WWE Monday Night RAW opened up with MizTV, and the guest this week was our boss, Paul Heyman. Serving in his capacity as #SpecialCounsel to the Tribal Chief Roman Reigns, Heyman was on RAW to discuss Reigns’ Undisputed Championship title defense against Riddle this Friday, live on Smackdown.

Riddle came down to the ring to hear the news straight from Heyman. And the news was huge.

We’re HustleTweeting about Reigns vs Riddle, and you’re more than welcome to join the conversation on the Hustle Twitter HERE … on our ridiculously sensational Instagram HERE … or on our Facebook page HERE!