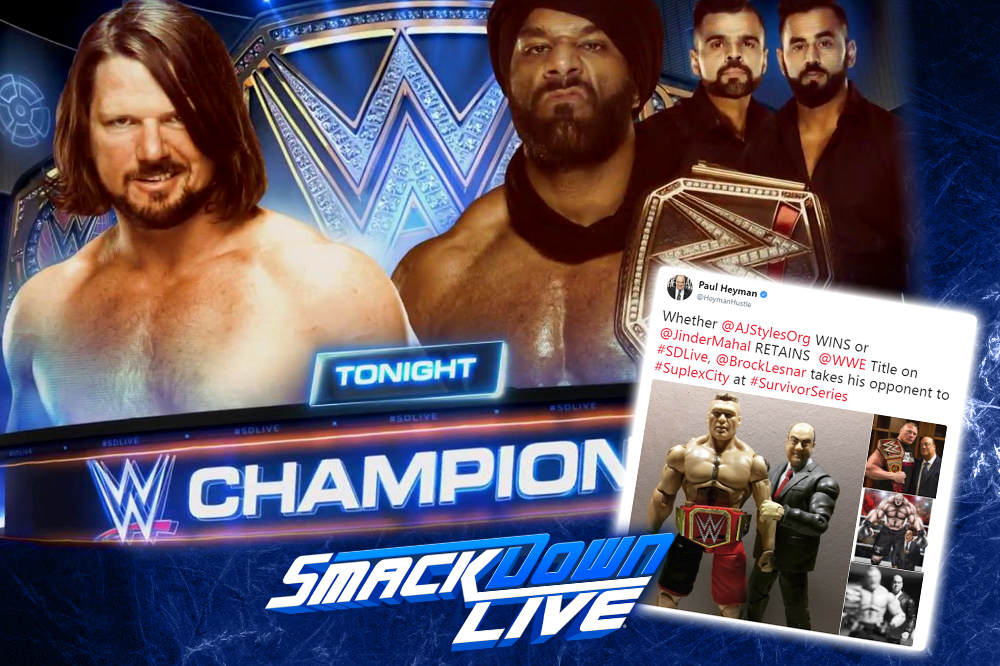 On Sunday, November 19th, the Universal (RAW) Champion will step into the ring against the WWE (Smackdown) Champion at Survivor Series. At the moment, the Universal (RAW) Champion is Brock Lesnar. The WWE (Smackdown) Champion is Jinder Mahal. However, tonight on Smackdown Live, Mahal will defend the WWE Title against the challenge of AJ Styles. What happens if Styles defeats Mahal? This was addressed by Brock’s Advocate, our boss Paul Heyman minutes ago on Twitter.

We’re HustleTweeting about WWE Survivor Series, and you’re more than welcome to join the conversation by following the Hustle on Twitter HERE or by hitting LIKE on our hyper-interactive Facebook page HERE!