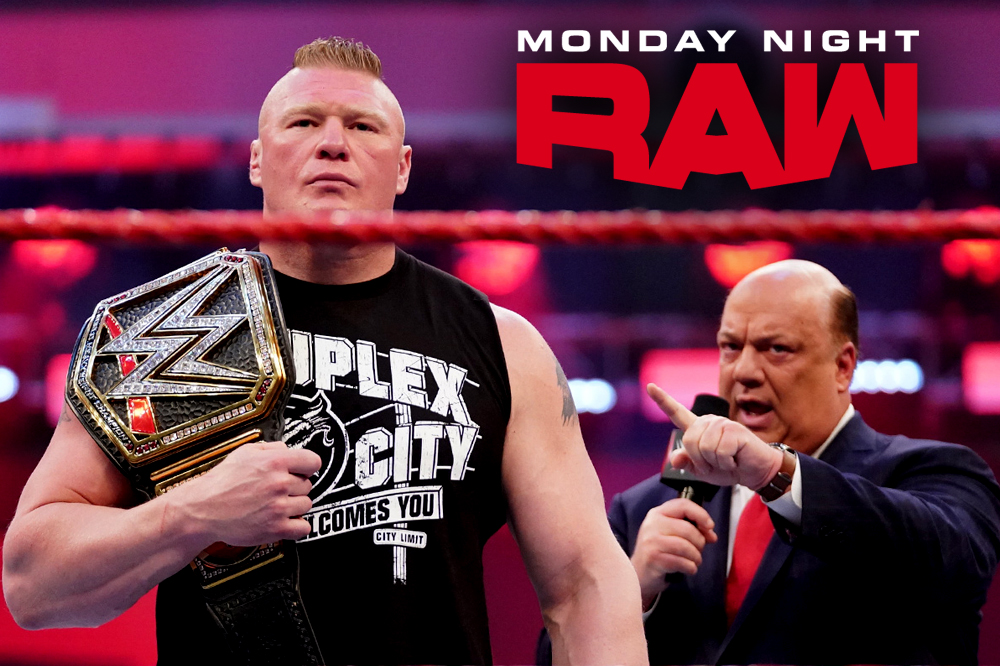 WWE Champion Brock Lesnar and his Advocate (our boss) Paul Heyman opened WWE Monday Night RAW which emanated from a closed set on the WWE Performance Center in Orlando, Florida. We are counting down the days until WrestleMania. According to WWE.com:

As he so often does, Paul Heyman said it best: “We live in most uncertain times.” But there is a silver lining to this cloud in the form of WWE Champion Brock Lesnar, whom The Advocate christened as the “certainty” the moment demands.

As he so also often does, Heyman gave credit to his client’s enemy, christening WrestleMania challenger Drew McIntyre as a “made man” who will be dining out on his previous one-ups of The Conqueror for years. But that, according to Heyman, is where the story ends for the Scottish Superstar. To Team Brock, McIntyre is another name in Lesnar’s list of conquests, while Lesnar will remain atop the mountain with the WWE Championship, an imposing constant in the eye of an ever-changing world.