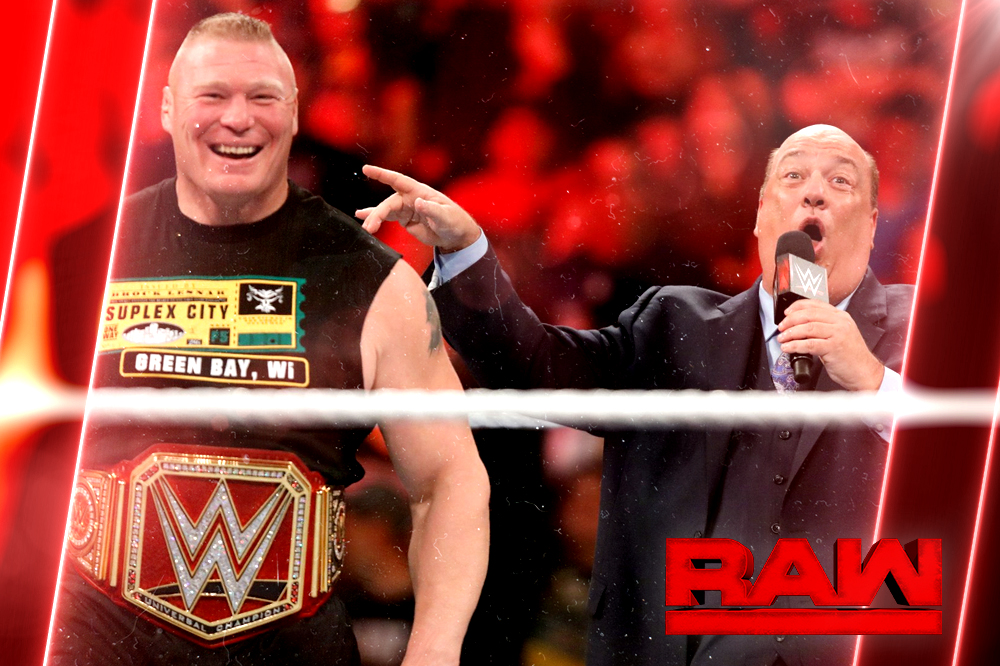 Universal Champion Brock Lesnar and his Advocate, our boss Paul Heyman returned to WWE Monday Night RAW to accept the challenge of WWE (Smackdown) Champion Jinder Mahal. According to WWE.com:

Ask, and you shall receive. After WWE Champion Jinder Mahal brazenly challenged Brock Lesnar to a Champion vs. Champion Match last week on SmackDown LIVE, the Universal Champion arrived on Raw, Paul Heyman in tow, to fire back in earnest at The Modern Day Maharaja.

Team Brock responded to the WWE Champion’s challenge with a bold takedown of the “Make-Believe Maharaja” and the “Singh-Along Brothers,” calling Mahal unworthy of both the WWE Title and the honor of being beaten, victimized and conquered by The Beast. That said, if Mahal wanted to follow in Randy Orton’s shoes and tempt fate by crossing brand lines to fight Lesnar, The Conqueror would be more than happy to give him what he asked for. Survivor Series it is.

We’re HustleTweeting about WWE Monday Night RAW and WWE Survivor Series, and you’re more than welcome to join the conversation on the Hustle Twitter HERE and also on our hyper-interactive Facebook page HERE!