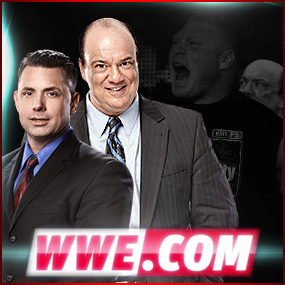 … and Paul Heyman’s most shocking confession EVER!

Michael Cole was prepared to interview Brock Lesnar for the weekly sit-down series on WWE.com, but The Beast Incarnate sent his Advocate, our boss Paul Heyman in his place. The tension was felt immediately, as our very own Hustler De Tuti Hustlers ripped into Cole both personally and professionally, but also admitted to what he feels was his one failure in his professional career with Lesnar.

When speaking about this Sunday’s WWE Fastlane pay per view, Paul predicted, “I can’t even conceive that happening. Do you really believe that Roman Reigns or Dean Ambrose stand a chance against Brock Lesnar? And if they team up against Brock Lesnar it’s the end of their friendship because one of them will have to betray the other in order to go on to WrestleMania. They can’t go on to WrestleMania together — somebody has to make a choice here. Somebody has to decide that that championship is worth more than that friendship. Either Roman Reigns will make that decision or Dean Ambrose will make that decision, but one of them is going to have to make that decision. We will split them, we will divide them, and then Brock Lesnar will take them both out. And if they gang up on Brock Lesnar it’s fait accompli anyway. They’re damned if they do, damned if they don’t.”

That means Brock Lesnar would go on to WrestleMania, where Paul stated. “Well then Triple H is going to be exposed as a trophy husband and he’s going to go down at the hands of the most decorated athlete in the history of sports, entertainment, or sports entertainment, Brock Lesnar!”

Of course, we’re HustleTweeting about Paul Heyman’s Interview with Michael Cole, and you’re more than welcome to join the conversation by following THE HEYMAN HUSTLE TWITTER PAGE. You can also write to us directly at hustleoncrave@gmail.com. Hey, have you checked out the Hustle’s Ultra High Quality YouTube Channel, with exclusive videos featuring Backstage with Brock Lesnar and Paul Heyman… The Footage “They” Never Wanted You To See … UFC Bad Boy Nick Diaz’s Wildest Video Ever … Behind The Scenes at WrestleMania … ICE-T and Coco’s Sex Secrets … the list goes on and on, so if you’re not subscribing, you’re missing something … and by the ways cheapos, it’s FREE! Yes, absolutely 100 percent FREE! What are you waiting for? Check it out HERE! 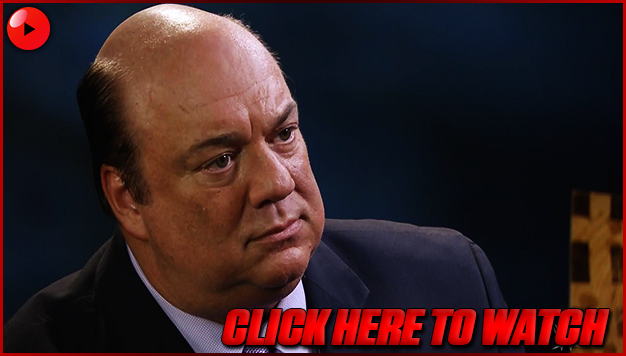 In this article:brock lesnar, Paul Heyman