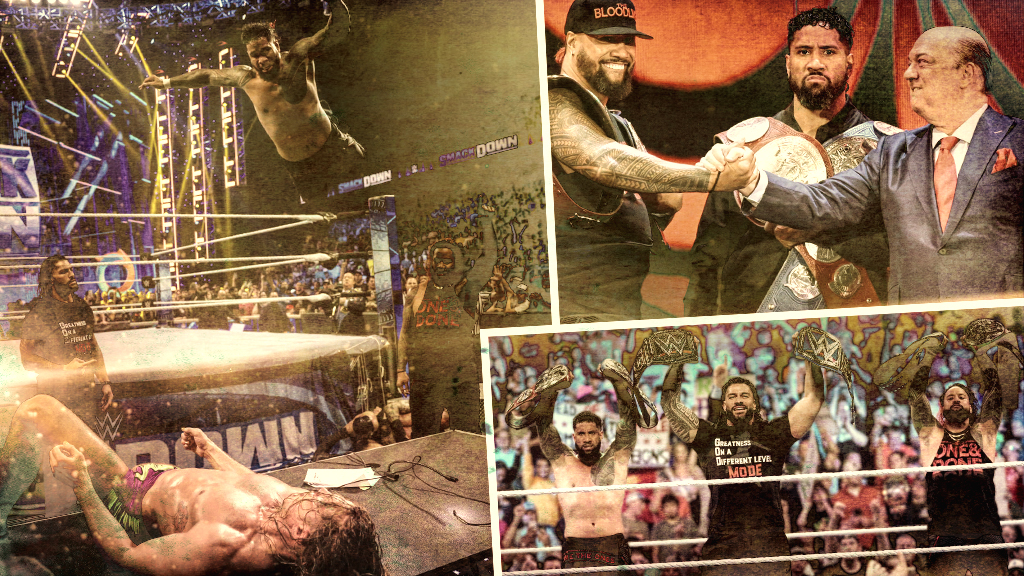 Our boss Paul Heyman, the Wise Man of the Bloodline, told the Dallas Morning News why The Usos (WWE’s UNDISPUTED Tag Team Champions) are the greatest tag team of all time.

“I first met Jimmy and Jey Uso when they were four years old, and I was managing — what an antiquated term that is — their father, who later on became known as Rikishi, and their uncle, Samu, as the Samoan SWAT team in WCW in 1989. And it was the night that the Samoan SWAT team defeated the Road Warriors in the Omni Coliseum in Atlanta, during an era of history that no one ever defeated the Road Warriors, let alone in the Omni in Atlanta. And the Usos went out to the ring at around three o’clock in the afternoon, with their father watching, and within two minutes, they were doing top rope splashes on each other. And this is at four years old. And I talked about it on WCW television that like a fish takes to water like a bird takes to air, the brothers that would later become known as the Usos take to wrestling. They are naturals. They were born to do this. And they were born to be the greatest tag team of all time. And I believe that they have firmly established themselves as just that.”

We’re HustleTweeting about The Usos, and you’re more than welcome to join the conversation on the Hustle Twitter HERE … on our ridiculously sensational Instagram HERE … or on our Facebook page HERE!