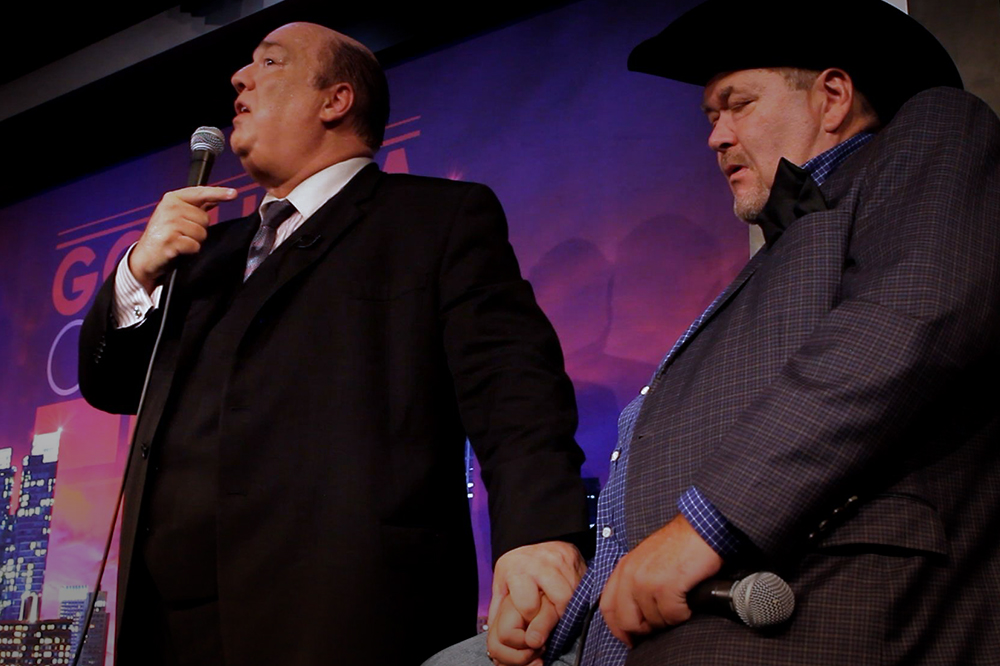 By now, you are hopefully well aware that our boss Paul Heyman made a special appearance at Good Ol’ JR Jim Ross’ one man show at the Gotham Comedy Club in New York City. We’ve already shared with you the videos of Paul’s spectacular entrance as well as the hysterical video of Paul buying sushi for 300 people! This video takes a different turn, as its Paul’s exit from the show, an impromptu speech about JR’s late wife Jan Ross, and we hope you are as moved watching it as we continue to be every time we view it!

We’re HustleTweeting about this very special video, and you’re more than welcome to join the conversation by following the Hustle on Twitter HERE or by hitting LIKE on our hyper-interactive Facebook page HERE!