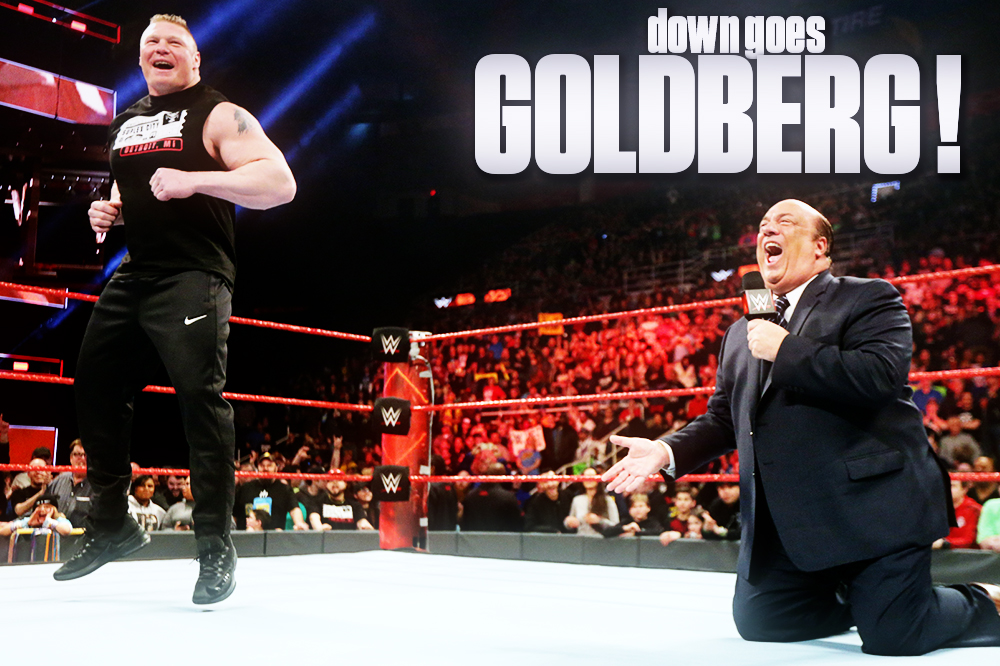 Our boss Paul Heyman has presented his case to the world that his client Brock Lesnar has found his confidence after Brock delivered an F5 to Goldberg last week on WWE Monday Night RAW. According to WWE.com:

Last week, the earth moved on its axis and the unthinkable happened when Brock Lesnar left Goldberg laying just one night after the returning Superstar had captured the Universal Title. With a crack in the champion’s armor going into WrestleMania, Lesnar returned to Raw with Paul Heyman in tow to sing his client’s praises and, once again, prophesize the downfall of Goldberg at The Show of Shows. He did this via the power of mathematics, unveiling what he referred to as “The Theory of WrestleMania Relativity”: F-5 = Lesnar goes up, down goes Goldberg.

We’re HustleTweeting about Heyman’s Theory of WrestleMania Relativity, and you’re more than welcome to join the conversation on the Hustle Twitter HERE and also on our hyper-interactive Facebook page HERE!