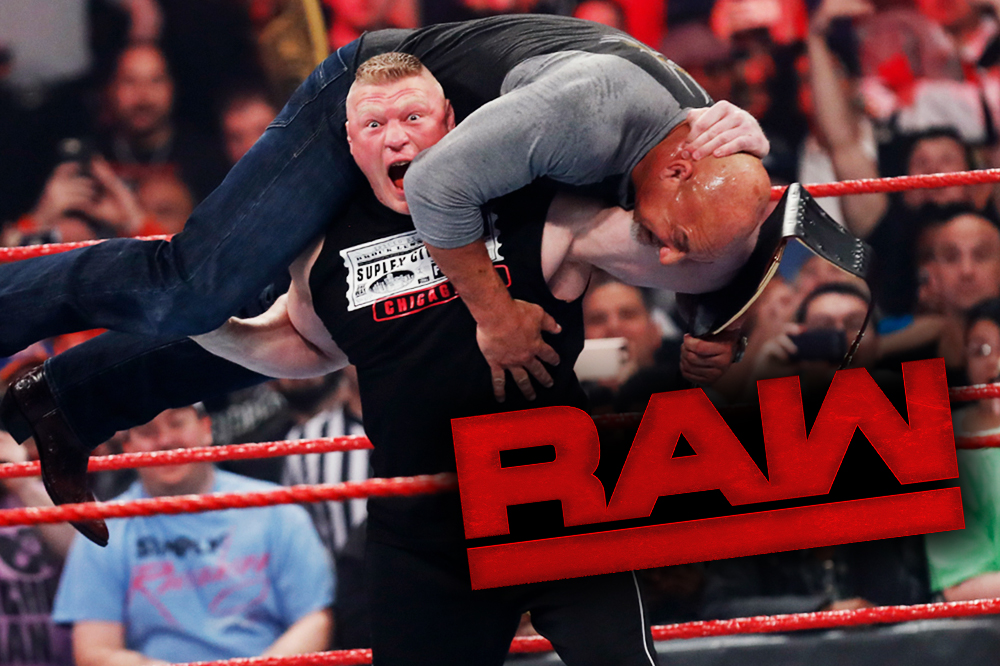 The brand new Universal Champion Goldberg appeared in front of the hot crowd at the AllState Arena in Chicago, Illinois … only to be interrupted by our boss Paul Heyman … who then brought out Brock Lesnar. And then the Advocate went to work.

So Goldberg is Universal Champion, and his bout with Brock Lesnar at WrestleMania just got that much more high-stakes. This fact was not lost on The Conqueror himself, who interrupted Goldberg’s victory lap on Raw right before the champion was about to “divulge” something he’d never revealed in his life. The reason, as explained by Paul Heyman, was that Lesnar wanted to shake Goldberg’s hand in congratulations … at least before Brock conquers Goldberg at WrestleMania and becomes the new reigning, defending Universal Champion. Heyman’s trash-talk got so brash, in fact, that Goldberg did something he’d never done before: Take his eyes off Lesnar. And then Lesnar did something he hadn’t done in a good long while: Land an F-5 on Goldberg. 27 days to go.

Of course, we’re HustleTweeting about Brock Lesnar F5’ing Goldberg and you’re more than welcome to join the conversation on the Hustle Twitter HERE and also on our hyper-interactive Facebook page HERE!