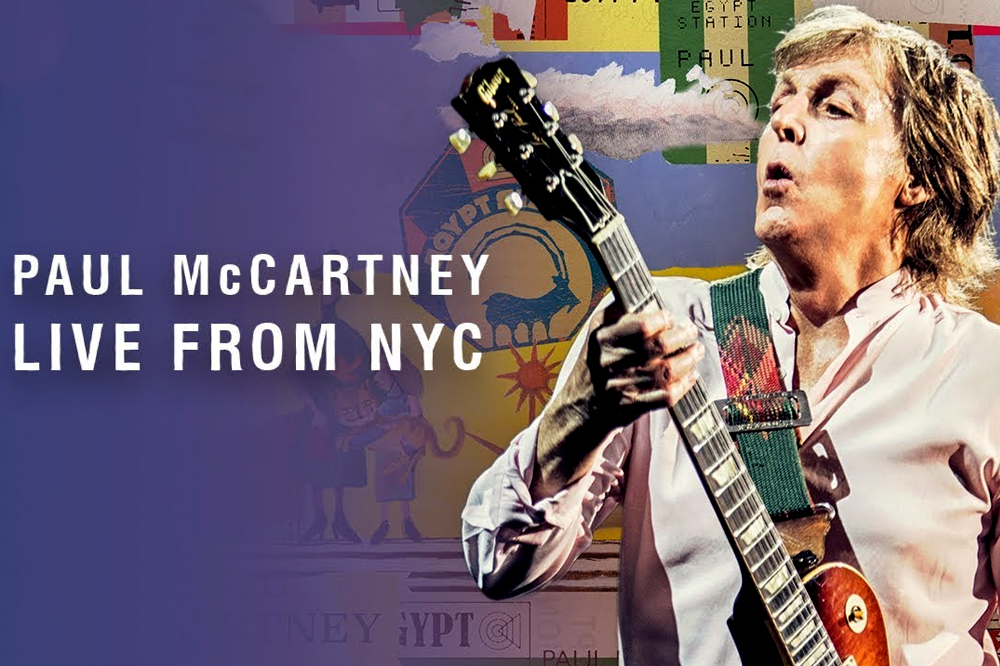 Even the muggers paused for a few minutes on the New York Subway, as Paul McCartney promoted his 17th solo album, Egypt Station, by playing a surprise show at New York City’s Grand Central Station. Anyone passing through Grand Central on Friday night would have heard the music from McCartney and his band, though only invited guests were allowed behind black curtains to see the stage for the 24-song set. According to the Associated Press, the VIP crowd included Jon Bon Jovi, Meryl Streep, Amy Schumer, Kate Moss and Steve Buscemi. But it wasn’t exclusive for long; on Saturday, McCartney posted full video of the show.

McCartney played an hour-long medley of new songs from his latest album and classic hits from the Beatles, CBS New York reports. “I have a feeling we’re going to have a bit of fun here tonight,” McCartney quipped before launching into “Can’t Buy Me Love.“

We’re HustleTweeting about Paul McCartney, and you’re more than welcome to join the conversation by following the Hustle on Twitter HERE or by hitting LIKE on our hyper-interactive Facebook page HERE!