Pete Rose Makes It To The (Reds) Hall of Fame 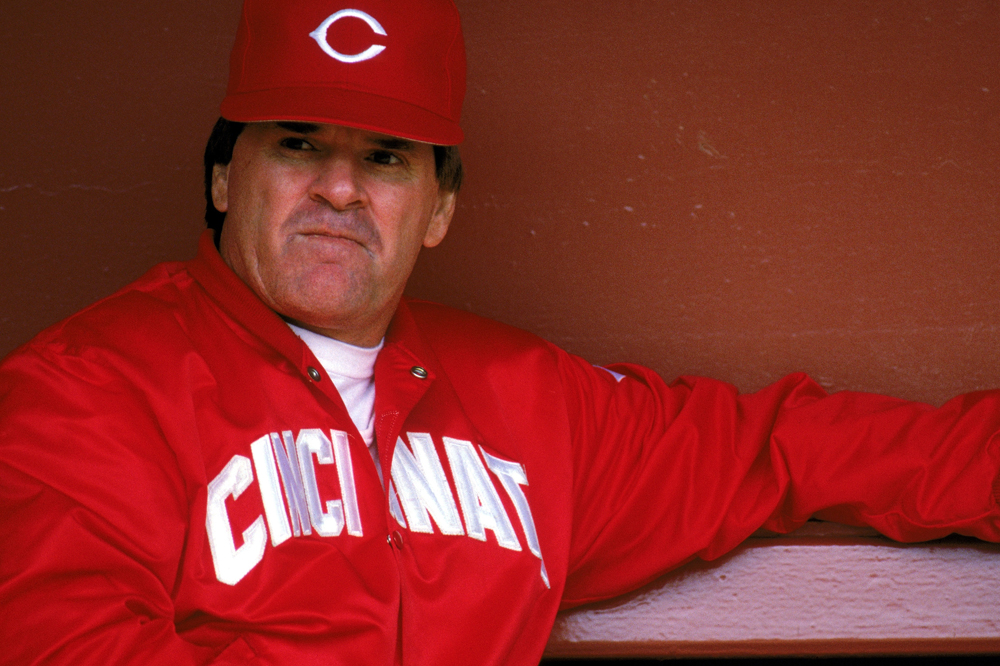 Pete Rose is going into the Hall of Fame. Charlie Hustle and The Big Red Machine will be honored during a three-game series at The Great American Ball Park in Cincinnati as the Reds will take on the Padres June 24, 25 and 26.

“Pete was told that in the immediate future he is probably not going to be able to (be inducted) in Cooperstown and we certainly wanted to make sure we picked up that vacuum and the commissioner gave us permission to do that,” stated Reds CEO Bob Castellini in an official statement. “We couldn’t be more pleased that it is now. Now is the time.”

The Reds Hall of Fame had employed the same rule that the National Baseball Hall of Fame and Museum has had since 1991, barring any players on baseball’s permanently ineligible list from induction. In December, Major League Baseball Commissioner Rob Manfred denied Rose’s request to be lifted from baseball’s banned list.

CLICK HERE TO READ PAUL HEYMAN’S EPIC RANT ON MAJOR LEAGUE BASEBALL’S REFUSAL
TO ALLOW PETE ROSE TO BE INDUCTED INTO THE HALL OF FAME!

CLICK HERE TO READ ALL ABOUT PETE ROSE’S MEETING WITH MLB!

The Reds Hall of Fame board of directors voted unanimously to change the bylaws and elect Rose to the team’s Hall of Fame. The board bypassed its usual selection process that involves fans and media voting to make Rose the lone inductee in 2016.

The Reds, who had not honored Rose directly in their ballpark, will now lift the self-imposed ban. Rose’s historic uniform number 14 will join the team’s other nine retired numbers and 42 which was retired across baseball for Jackie Robinson. Rose will also have a statue in his honor commissioned at some point, Castellini said on Tuesday.

Castellini said all of the Reds’ celebrations of Rose come with the blessing of Manfred and Major League Baseball.

“I also want to thank the commissioner for allowing the Reds to do this and giving me this opportunity, regardless of what you read or what you may believe in, I got along with the commissioner, he’s a great guy,” Rose diplomatically said. “He didn’t rule the way I wanted him to rule, but that’s life. For him to go out of his way to let us do this … pat him on the back.”

Castellini also said Rose would be welcomed in the owner’s box … without buying a ticket … at any time. Believe it or not, before this year, Rose bought tickets any time he came to a game. Rose and Castellini also hinted they hoped he could have more direct dealings with the team in the future.

He’d also like to have more direct participation with Reds players, especially the young players.

“I love to teach, I love to make younger players better. When I tell players something, and I’ve always believe in this, everyone can tell them how to do something, but if you tell them how to do it and you did it, they’ll listen to you,” Rose said. “If you’re talking from experience, you’re not talking about something you read in a book. What do you think I told (Chris) Sabo, (Barry) Larkin, (Paul) O’Neill, (Tracy) Jones, (Kal) Daniels, (Joe) Oliver, (Terry) McGriff, (Kurt) Stillwell, (Jeff) Treadway, (Rob) Dibble, (Norm) Charlton, (Rob) Murphy? That’s all the guys I brought up, they all came up through the Reds organization. They played the game right, that’s why they won the World Series in 1990. You have to teach them the right way to play.”

The Reds hadn’t honored Rose in this way before, because the team was still holding out hope Major League Baseball would reinstate Rose, who has been banned from baseball since 1989 when he agreed to the permanent ban for betting on baseball. Although Rose denied it at the time, he has since admitted to gambling on the game, although he has only admitted to betting on the Reds to win as a manager. Earlier this year, documents surfaced that purported to show Rose’s gambling activity as a player. Those documents, among others, were mentioned in Manfred’s decision last month to uphold Rose’s ban from the game.

“I haven’t given up on Cooperstown,” Rose said. “I’m not the type to give up on anything.”

Of course, we’re HustleTweeting about Pete Rose, and you’re more than welcome tojoin the conversation by following the Hustle on Twitter HERE or write to us directly at hustleoncrave@gmail.comHey, have you checked out the Hustle’s Ultra High Quality YouTube Channel, with exclusive videos featuring the #HUSTLEBOOTYTEMPTATS SUPERMODEL OF THE YEAR … OUR WORLD EXCLUSIVE WITH MIKE TYSON … BROCK LESNAR’S “HERE COMES THE PAIN” … ICE-T AND COCO’s SEX SECRETS … MMA BAD BOY NICK DIAZ … the list goes on and on, so if you’re not subscribing, you’re missing something … and by the ways cheapos, it’s FREE! Yes, absolutely 100 percent FREE! What are you waiting for? Check it out HERE! 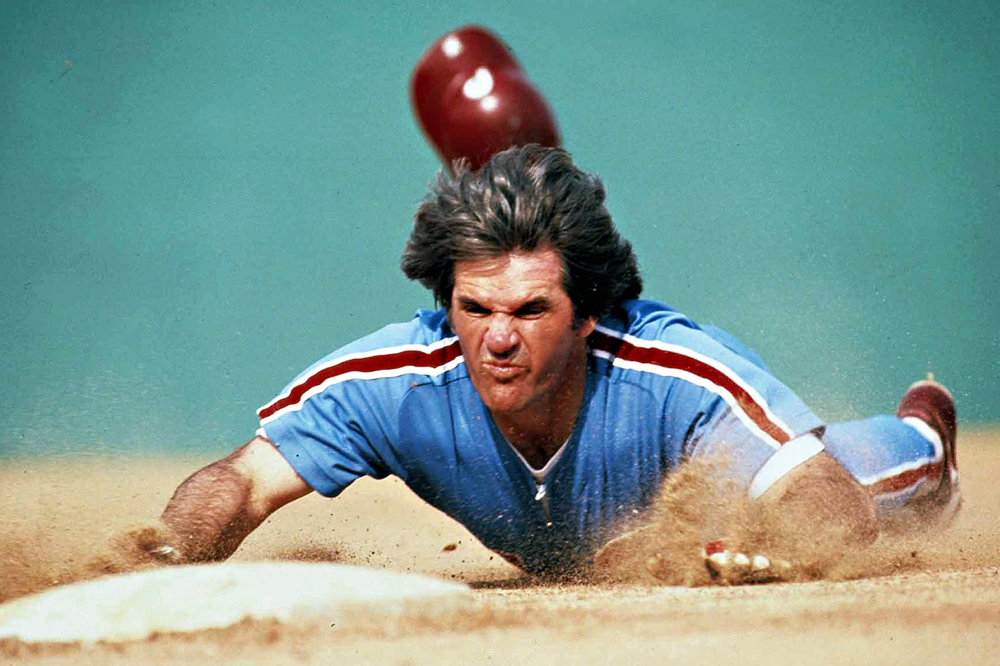 Our very own Hustler De Tuti Hustlers blasts MLB for its hypocritical stance against the most prolific hitter in baseball history! Our boss Paul...