In an age where YouTube celebrities have defined the DUI Culture, it is without question that The Angry Grandpa is an entrepreneur worthy of worship. And while the pissed off patriarch is the leader of his (dysfunctional) family, it is his faithful videographer, “Kid Behind a Camera” aka “Pickleboy” who has turned the concept of a daily VLOG into a cottage industry. So when Pickleboy appeared on his daily VLOG wearing a beautifully fitting #PaulHeymanGuy T-SHIRT, he graduated from being a YouTube celebrity to a bona fide fashion plate.

Now there are many of you who have been following The Angry Grandpa since his early days right here on THE HEYMAN HUSTLE (do a search, bitches!), and we’re pretty (darn) sure none of you will ever accuse good ol’ Pickleboy of being a fashion plate. We don’t even think Pickleboy would accuse Pickleboy of being a fashion plate. But when you walk around the South (or the North, East or West for that matter, let alone if you decide to do it internationally … and we wholeheartedly encourage you to do so) in a shirt of such prominence and distinction, how can we resist the urge to be accurate and place a label on you befitting only those with the exquisite taste to wear such a garment?

Of course, we’re HustleTweeting about Pickleboy in a #PaulHeymanGuy Shirt, and you’re more than welcome to join the conversation by following the Hustle on Twitter HERE or write to us directly at hustleoncrave@gmail.com Hey, have you checked out the Hustle’s Ultra High Quality You Tube Channel, with exclusive videos featuring the #HUSTLEBOOTYTEMPTATS SUPERMODEL OF THE YEAR … OUR WORLD EXCLUSIVE WITH MIKE TYSON … BROCK LESNAR’S “HERE COMES THE PAIN” … ICE-T AND COCO’s SEX SECRETS … MMA BAD BOY NICK DIAZ … the list goes on and on, so if you’re not subscribing, you’re missing something … and by the ways cheapos, it’s FREE! Yes, absolutely 100 percent FREE! What are you waiting for? Check it out HERE

CHECK OUT THE LATEST ADVENTURES OF PICKLEBOY! 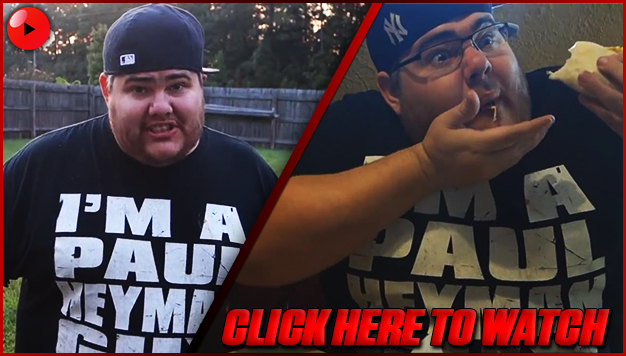 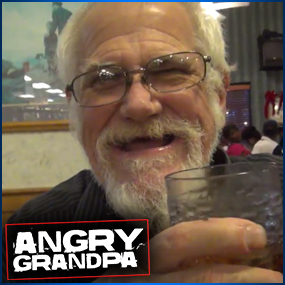 Angry Grandpa is a Happy Man

The Pissed Off Patriarch Breaks Down in Tears Because …