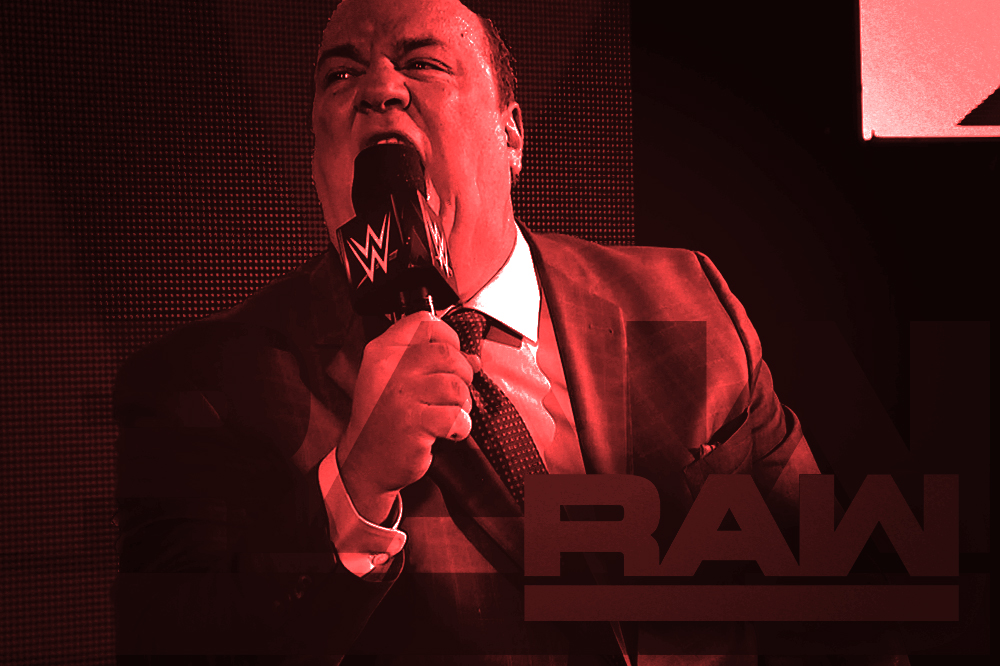 WWE Monday Night RAW was full of big moments this week, with Bobby Lashley (and Lio Rush) laying waste to Kevin Owens … The Bella Twins double crossing Ronda Rousey … and Brock Lesnar‘s Advocate (our boss) Paul Heyman appearing at the AllState Arena in Chicago to proclaim his client’s intention on being a two-sport concurrent champion in WWE and UFC. According to WWE.com:

As WWE Crown Jewel begins to fill up, one particular bit of history is at stake: Brock Lesnar could become the first-ever two-time Universal Champion in a Triple Threat against Braun Strowman and current titleholder Roman Reigns. So, before The Shield’s rematch against Strowman, Drew McIntyre & Dolph Ziggler, Paul Heyman resurfaced for a few minutes to offer some thoughts on his client’s opposition.

In short, he doesn’t see any way they’re going to make it to Crown Jewel. Between the wear and tear of two consecutive throwdowns, the added stress of cross-continental travel and the various complications of running with a team, Reigns and Strowman had quite a bit to worry about. Lesnar, on the other hand, was home, training like an animal, singlehandedly working toward the goal of becoming a two-sport concurrent champion across UFC and WWE. And with no travel or team to worry about, Heyman reasoned, the unencumbered Lesnar’s path back to the title is a foregone conclusion.

Of course, we’re HustleTweeting about Brock Lesnar, and you’re more than welcome  to join the conversation on the Hustle Twitter HERE and also on our hyper-interactive Facebook page HERE!