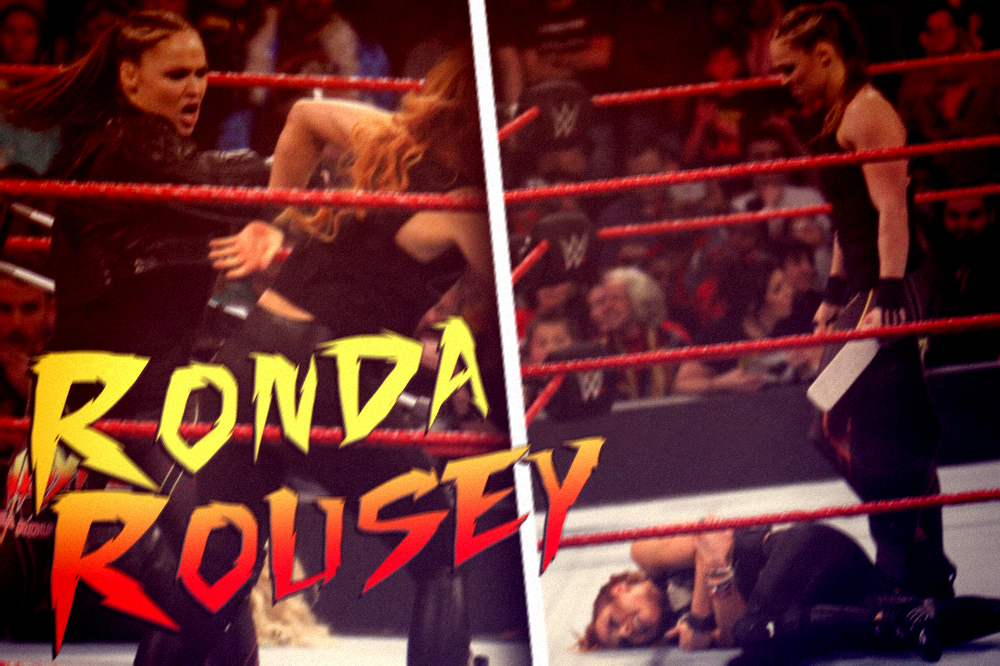 RAW Women’s Champion Ronda Rousey arrived in Philadelphia in a surly mood, and she took it out on the winner of the 2019 Women’s Royal Rumble, Becky Lynch. The Hustle’s George Tahinos was on to provide EXCLUSIVE coverage of this explosive moment heading towards the 2019 edition of WrestleMania. According to WWE.com:

The good news for Becky Lynch is that she officially has a path back to WrestleMania. The bad news is that, even if she somehow manages to make it, she might not be facing the Ronda Rousey she thought she’d get.

Yes, a woman can only take so many tweets and so many boos before she snaps, and The Baddest Woman on the Planet seems to have finally broken. Though, the Raw Women’s Champion pointedly waited to let all her aggression out until after Becky had been reinstated, freed of all legal woes and placed into a win-and-you’re-in match against Charlotte Flair at WWE Fastlane. Brimming with frustration over the audience for spurning her and Stephanie McMahon’s willingness to award the Raw Women’s Title over to someone else — she thought Ronda vacated the championship last week — Rousey finally dropped any pretense of being an entertainer.

She laid into both her opponents with reckless abandon, or at least she would have, had Charlotte not made an immediate and well-considered exit, leaving The Man to the proverbial wolves as Rousey savaged her with judo throws, arm bars and body blows. And given that Lynch, is still recovering from her injured knee and had to sign a hold-harmless agreement to get the Fastlane match in the first place, she has little protection from Rousey’s unbound fury.

Stephanie, however, might have further recourse. In a backstage interview moments after Rousey had completed her savaging, Stephanie expressed shock and disgust at the renegade champion. Stephanie hinted she may have some tough decisions to make next week — despite Rousey’s assertion she was too valuable to be punished in any meaningful way — and officially threw her support behind whoever challenges Rousey at WrestleMania. If tonight is any indication, she might not have much to back: One wanted no part of the champion, and the final word on the other may end up being that that she wanted too much, and got it.

We’re HustleTweeting about Ronda Rousey, and you’re more than welcome to join the conversation on the Hustle Twitter HERE and also on our hyper-interactive Facebook page HERE!