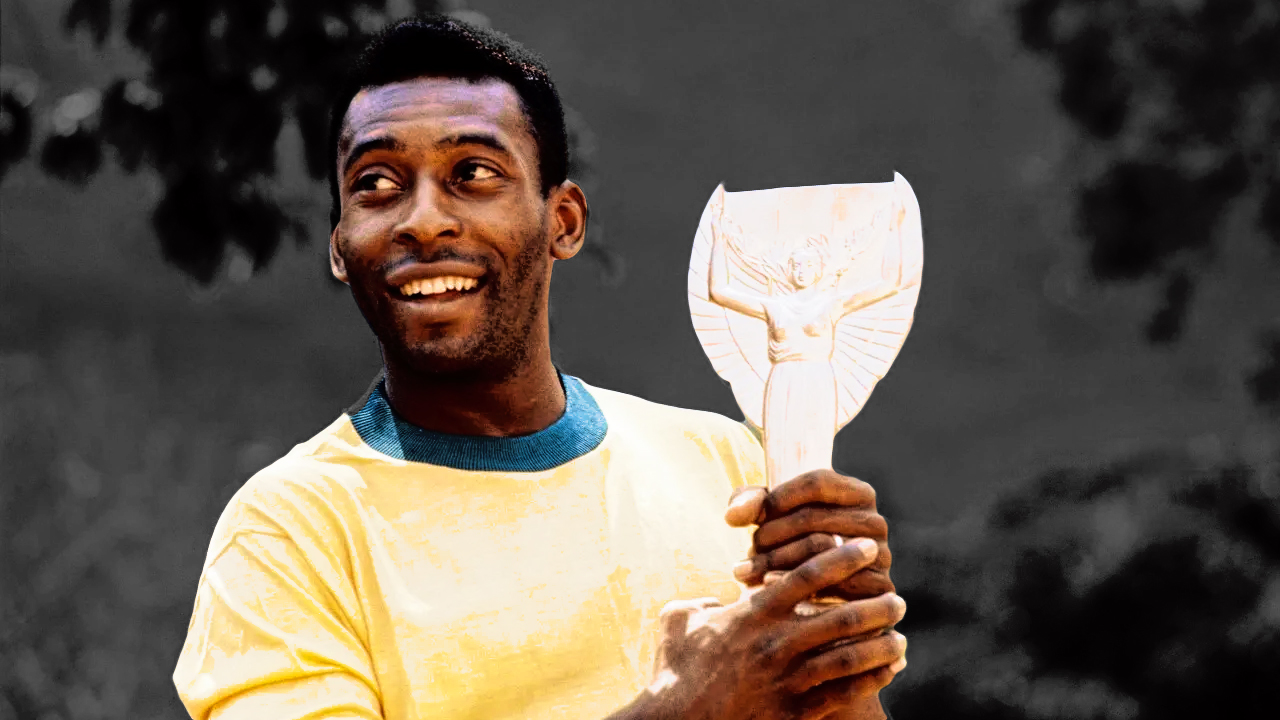 Pelé, the most decorated athlete in the history of soccer, has died at the age of 83. Pelé’s agent, Joe Fraga, confirmed his death, according to the Associated Press. An exact cause of death was not given, though, in Dec. 2022, it was revealed that Pelé — the mononym for the Brazilian-born Edson Arantes do Nascimento — was in palliative care at a São Paulo hospital following reports that he was no longer responding to chemotherapy treatment for colon cancer, which he was diagnosed with in Sept. 2021.

Although Pelé issued a statement congratulating Argentina — and specifically, their star player Lionel Messi, following the team’s 2022 FIFA World Cup win against France on Dec. 18, Pelé’s daughter revealed a couple of days later that her father would remain hospitalized through the Christmas holiday under “elevated care” due to “kidney and cardiac dysfunctions.”

“We decided with doctors that, for many reasons, it will be best for us to stay here, with all the care that this new family at [Albert Einstein hospital in Sao Paulo] gives us,” his daughter Kely Nascimento wrote on Instagram. “We love you and we will give up an update next week.”

Pelé was born on Oct. 23, 1940. His father was a professional soccer player in their native Brazil. Pelé — who was given his nickname by childhood friends because of the way he mispronounced his favorite soccer player goalkeeper Bilé — honed his craft playing futsal (or indoor soccer) in Bauru, the region within São Paulo, where Pelé grew up.

Then history changed for the entire game.

In 1956, at only the age of 15, Pelé tried out for the Santos FC professional club near São Paulo. He soon signed a contract with the team and made his professional debut on Sept. 7, 1956. In the Brazilian press, Pelé was instantly hailed as a star, with the forward leading the league in scoring as a 16-year-old in 1957. The following year, Pelé joined the Brazilian national team for the 1958 World Cup, delivering a performance that would make him a global star and earn him the nickname “O Rei,” or “The King.”

Pelé’s dominance continued through the Sixties as his Santos team won six championships in the Brazilian league over the course of that decade, while Brazil also won the World Cup in 1962 and 1970, with Pelé winning the Golden Ball for best player at the latter tournament. In his 19 seasons at Santos, spanning from 1956 to 1974 and roughly 660 games, Pelé scored a record-shattering 643 goals.

In 1975, Pelé helped ignite interest in “the Beautiful Game” — a phrase he in part popularized for the sport, inspired by his own majestic style of play — in the U.S., a country seemingly culturally impervious to soccer’s charms: The American team failed to even qualify for the World Cup between 1954 to 1986. Following nearly two decades at Santos and a brief retirement, Pelé signed with the New York Cosmos of the North American Soccer League.

Pelé’s mere presence helped the Cosmos reach record attendances, and the sport itself gained public awareness otherwise unheard of stateside. He spent three years with the Cosmos, culminating in a Soccer Bowl championship with the Cosmos in 1977. That same year, Pelé played his final game as a pro as the Cosmos hosted his former longtime team, Santos, for an exhibition match at a sold-out Giants Stadium, with Pelé playing for both teams during the game.

Can you even imagine anyone being so respected by both teams he’d be allowed or encouraged to do that today?

In the near half-century following his retirement, Pelé became one of soccer’s greatest ambassadors, continuing his push to keep the “Beautiful Game” on the forefront of the world stage. He starred in soccer-related movies — 1981’s Escape to Victory and 1986’s Hotshot — and teamed with Brazilian musician Sergio Mendes on the soundtrack to a 1977 documentary about his life. He received an honorary knighthood from Queen Elizabeth as well as every other possible soccer-related accolade, from the FIFA Order of Merit to the FIFA Player of the Century to being featured prominently on Time’s 100 Most Important People of the 20th Century list.