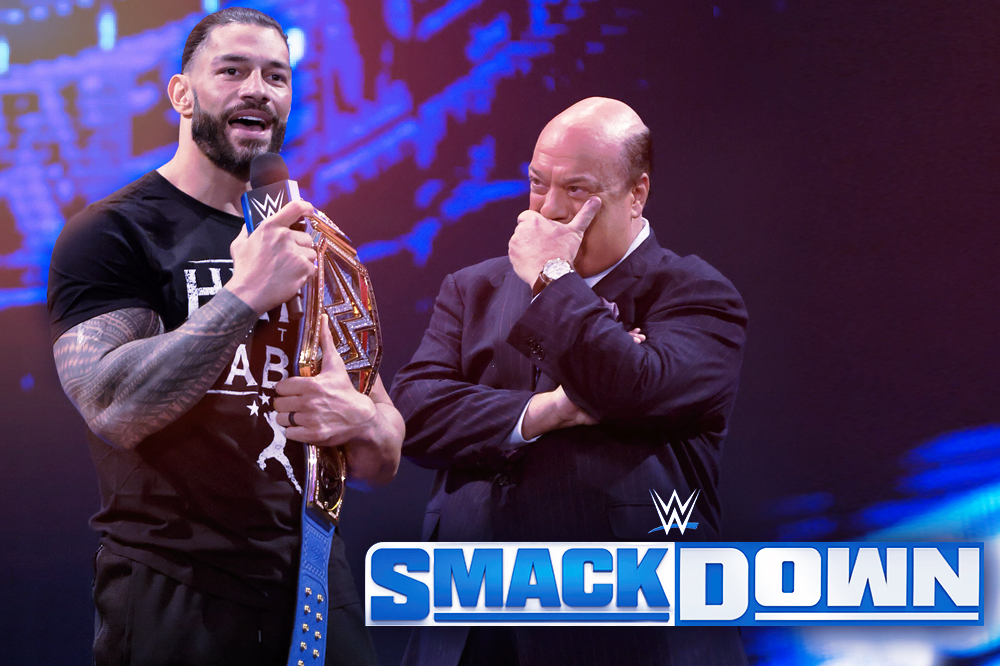 Universal Heavyweight Champion Roman Reigns (along with our boss, his #SpecialCounsel Paul Heyman) will defend his title this Sunday at Fastlane against Daniel Bryan, who is looking to tap Reigns out and win the championship.

The two had a verbal confrontation on Smackdown, and it’s definitely worth watching.

We’re HustleTweeting about WWE Fastlane, and you’re more than welcome to join the conversation on the Hustle Twitter HERE … on our ridiculously sensational Instagram HERE … or on our Facebook page HERE!