Continued Coverage of WWE Smackdown: Roman Reigns Explodes in a Fit of Rage Against Kevin Owens 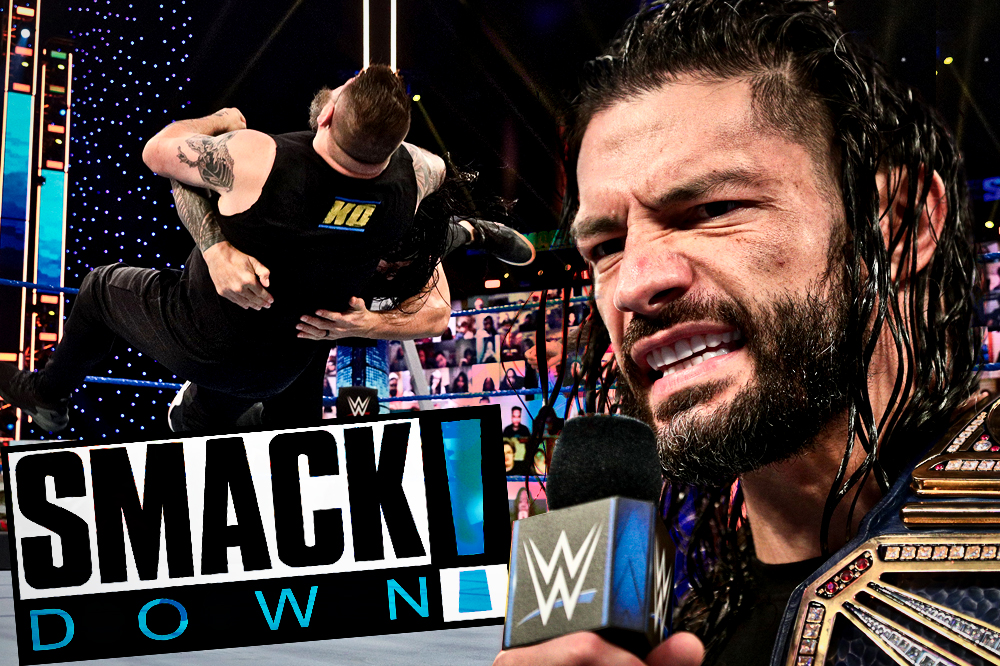 The December 18, 2020 edition of WWE Smackdown ended in a most controversial fashion. Our boss Paul Heyman called Kevin Owens a “martyr” and from there, the war was on.

…. and then it got a whole lot worse! According to WWE.com:

Although Roman Reigns had Jey Uso attack him all night long, Kevin Owens refused to stay down. So much so that, when he hobbed to the ring to face Reigns again, The Head of the Table and his cousin unleashed another vicious beat down on KO, striking their adversary with chairs and putting him through two different tables, before burying him under a pile of tables, ladders and chairs.

But as Reigns walked to the back and granting a rare interview backstage, the ultra resilient Owens again got to his feet and made it clear that they will never keep him down. He pledged that he would take the Universal Championship this Sunday at WWE TLC or die trying.