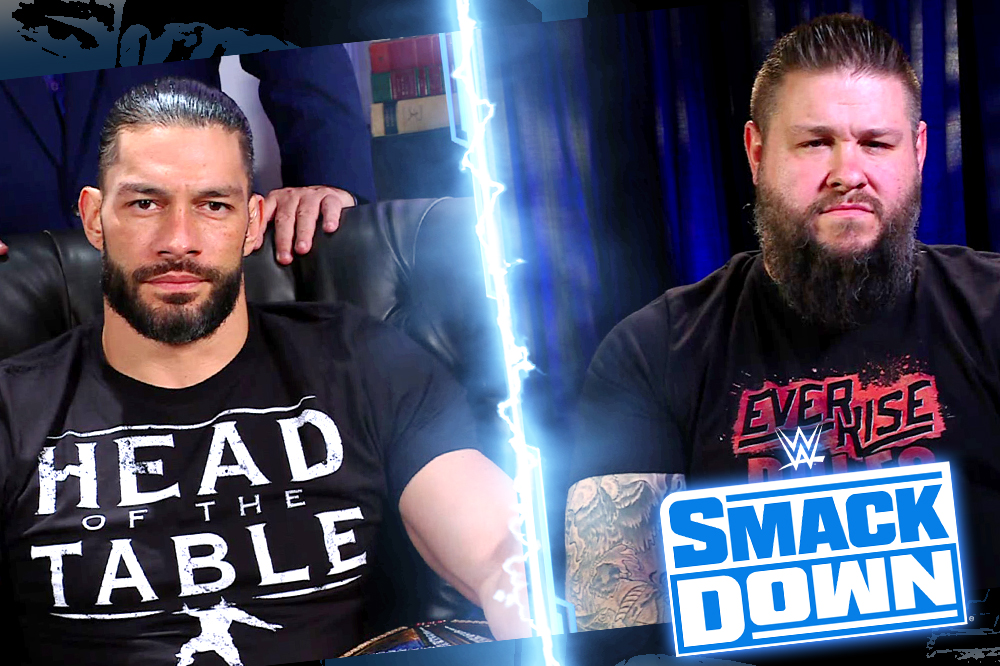 WWE Universal Heavyweight Champion Roman Reigns (along with our boss, his #SpecialCounsel Paul Heyman) knew exactly how to disrupt Kevin Owens fight week. The Tribal Chief brought up KO‘s grandfathers, whose initials are tattooed on KO‘s hands. This was a prime example of a champion getting inside the head of the challenger, willing to cross any line in order to do so.

From all-encompassing brawls of pure brutality through the WWE ThunderDome to Tables, Ladders and Chairs and Steel Cage Matches, the volatile rivalry between Universal Champion Roman Reigns and Kevin Owens has only grown more intense with each passing week.

With their Last Man Standing Match for the Universal Title set for Sunday’s Royal Rumble, The Head of the Table and his resilient challenger sat down with Michael Cole. When Reigns made things personal by continuously bringing Owens’ family into the discussion, Owens eventually snapped and told off the Universal Champion until Reigns and Heyman turned off their monitor.