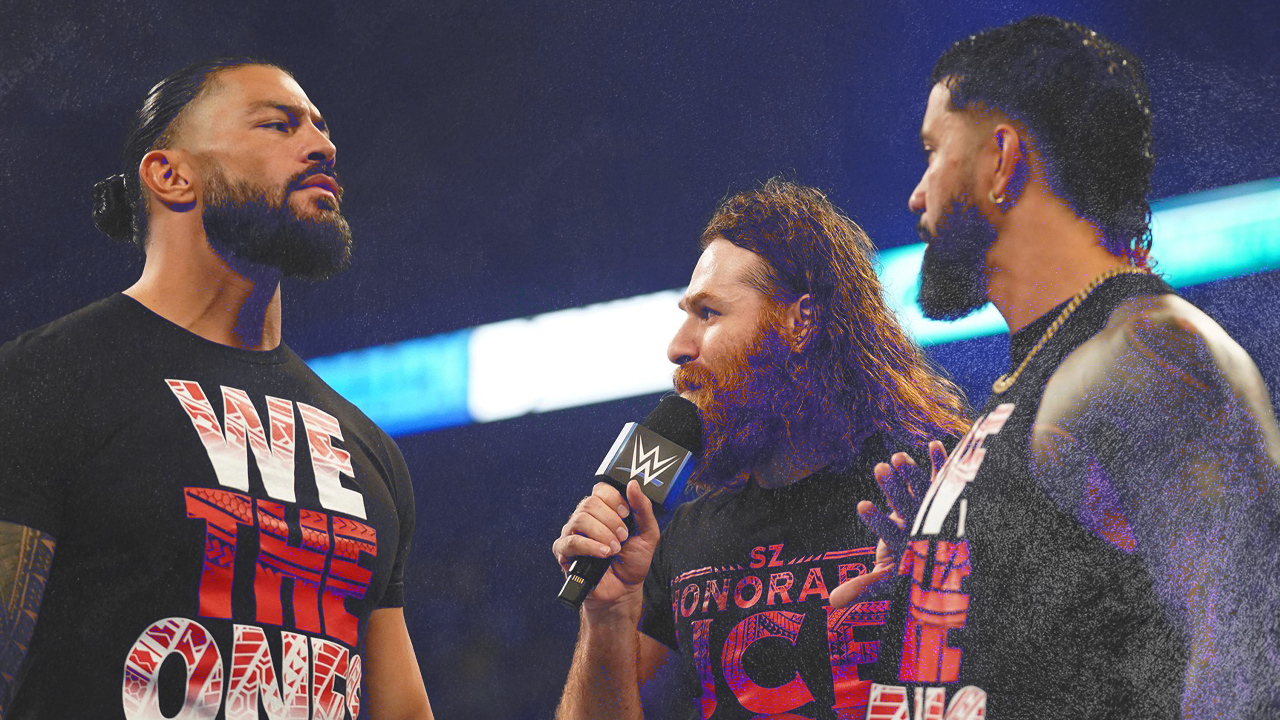 We knew the face-to-face confrontation between WWE’s Undisputed Heavyweight Champion Roman Reigns (along with #Bloodline members our boss, Reigns’ #SpecialCounsel Paul Heyman; Undisputed Tag Team Champions The Usos; the Enforcer of the group Solo; and Honorary Uce Sami Zayn) and controversial social media personality Logan Paul was going to be wild, but this was quite scenario that played out in front of the WWE Universe.

Once Logan Paul came out, all bets were off, as Reigns instructed Heyman to bestow some wisdom upon Logan Paul, and the wiseman dropped some pearls of brilliance regarding other controversial social personalities like Jordan Peterson, Ben Shapiro and Andrew Tate.

It’s never a dull moment on the Island of Relevancy!