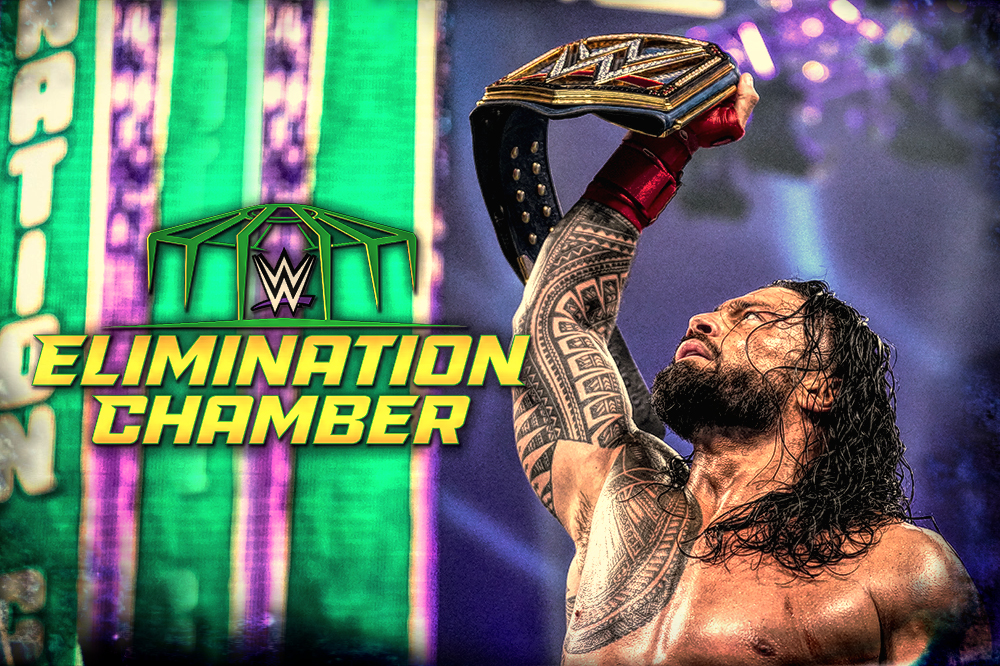 The Longest Reigning WWE Universal Heavyweight Champion of all time, Roman Reigns successfully defended his championship against the challenge of Goldberg in Jeddah, Saudi Arabia at WWE Elimination Chamber, as all eyes now focus on Reigns vs Lesnar at WrestleMania.

The two heavyweights exchanged right hands, and Goldberg flung Reigns into the ringside barricade before rolling the champion into the ring for the night’s first Spear. The Hall of Famer looked to finish the job with a Jackhammer, but The Head of the Table was quick to reverse the attempt into a uranage before planting a Superman Punch.

Reigns set up for a Spear of his own but was caught by another Spear from Goldberg, who once again set up Reigns for the Jackhammer. Reigns quickly reversed it and locked in the Guillotine to sap the remaining strength out of Goldberg and leave him lying unconscious in the center of the ring.