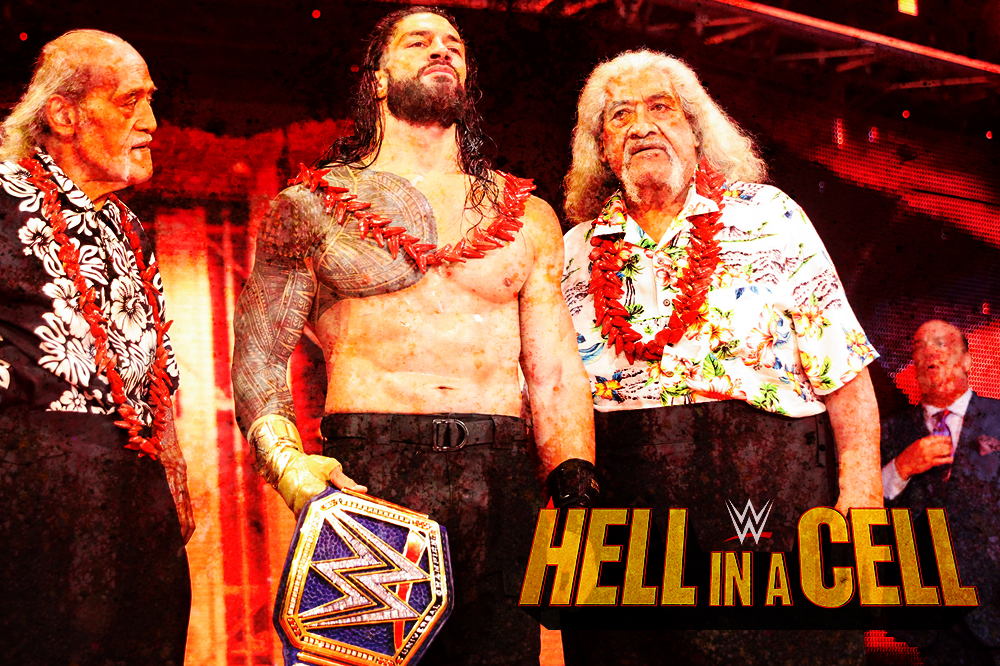 WWE Universal Heavyweight Champion Roman Reigns was so driven to force his cousin Jey Uso into saying I Quit inside Hell in a Cell tonight, even our boss, Roman’s own Special Counsel Paul Heyman was in horror.

Roman Reigns backed up everything he said he’d do at WWE Hell in a Cell, showing no mercy for his family as he defeated Jey Uso to retain the Universal Championship in one of the most emotionally torrid clashes in WWE history.

The 42nd Hell in a Cell Match proved to be one of the most unique, as it was the first to be contested under “I Quit” rules. Both Superstars resorted to heavy artillery early, as Reigns delivered two Spears before Jey countered a third and answered with two Uso Splashes.

But neither man even appeared to consider quitting, and the brutality quickly escalated. Uso introduced a strap from under the ring before Reigns uncorked a third Spear on his cousin and turned the strap around on him, punishing him with unforgiving lashings. Jey fought back, though, and nearly squeezed the life out of Reigns until The Big Dog hit a Superman Punch and put him out with a Guillotine.

Even Reigns’ Special Counsel, Paul Heyman, began to look uncomfortable with what he was witnessing, as Reigns delivered a drive-by kick before hitting a second, which saw Reigns drive the steel steps into the side of Jey’s head.

Reigns refused to let the referee stop the bout, tossing him to the outside before officials tried to prevent Reigns from inflicting more damage on Jey.

The Universal Champion finally seemed to reconsider his heinous actions when cousin and Jey’s brother Jimmy Uso ran to the ring, throwing himself on top of Jey and begging Reigns to stop. His pleas appeared to work temporarily, even evoking tears from Reigns.

But it was all a ruse. Reigns instead locked Jimmy in the Guillotine, refusing to let go until Jey finally said “I quit.”

The Big Dog walked away with a self-satisfied smirk, and father Sika and uncle Afa — WWE Hall of Famers The Wild Samoans — formally anointed Reigns as “The Head of the Table.” And already, it was painfully clear that the family would never be the same.