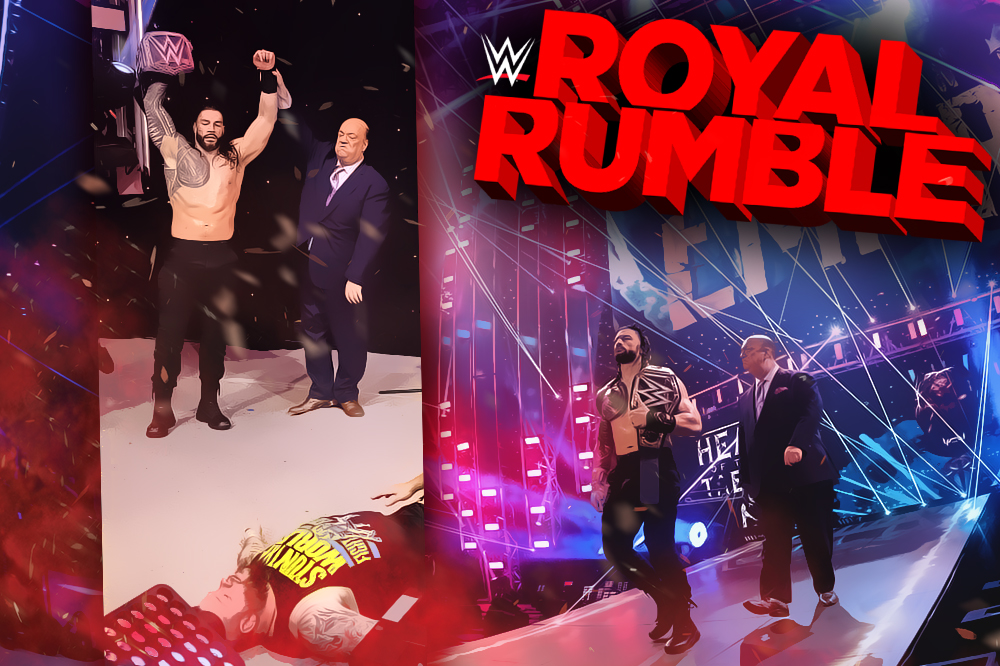 WWE Universal Heavyweight Champion Roman Reigns successfully defended his championship against “KO” Kevin Owens at the 2021 edition of the Royal Rumble event, a Last Man Standing Match for the ages. According to WWE.com:

Since the start of his rivalry with Kevin Owens, Roman Reigns has thrown KO from the rafters of the ThunderDome and beaten him in a TLC Match. Despite all this, Owens refused to quit his campaign against the brash Universal Champion.

Yet, after the thrashing he and The Big Dog put each other through in their barbaric Last Man Standing Match at Royal Rumble, KO simply had no choice but to finally stay down.

Both Superstars landed huge hits in the early goings, with Owens landing the Pop-up Powerbomb and Reigns uncorking a Superman Punch. Under normal circumstances, either impact would likely be enough to end a match, but a Last Man Standing Match — in which the only way to win is by incapacitating your opponent for a count of 10 — is anything but normal.

The risks grew higher and higher as the brawl sprawled throughout the WWE ThunderDome. In one of the more terrifying scenes, Reigns launched KO off a high staging area through a table, but Owens got to his feet in the nick of time. Moments later, as Owens staggered into the backstage area, Reigns drove into him with a golf cart, sending Owens crashing through the plexiglass windshield. Still, Owens fought on.

When Reigns took the opportunity to mock Owens’ grandfather, as he did two nights ago on SmackDown, it awoke a new fighting spirit in the challenger, and Owens launched a revised attack that culminated with a senton off the top of a forklift through a table. Barely, Reigns regained his vertical base.

The battle then returned to the arena, where Reigns Speared Owens through the LED screens. Battered and beaten, Owens nonetheless had the wherewithal to roll off the stage and onto his feet. The Head of the Table later emerged with a pair of handcuffs, but Owens cleverly turned the tables and cuffed Reigns to a lighting rig. The referee nearly counted to 10, but Reigns stopped the count by pulling the official head-first into the steel structure.

Reigns followed with a low blow on Owens and, once freed from the handcuffs by Paul Heyman, locked on the Guillotine, rendering Owens unconscious and unable to answer the count of a replacement official.

Rarely has the WWE Universe borne witness to a fight as grueling and deeply personal as this.