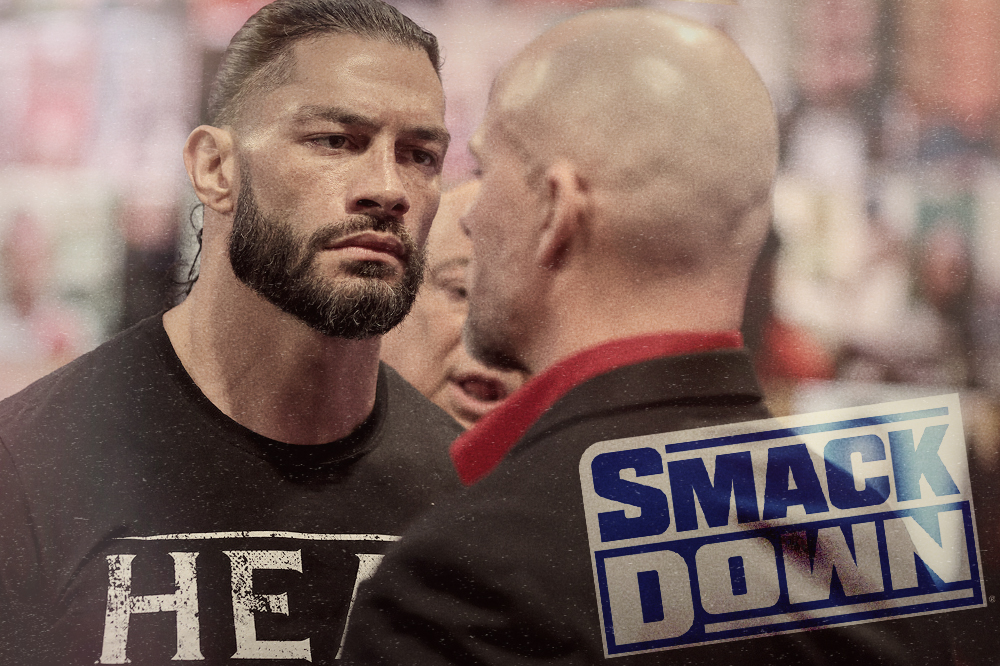 WWE Universal Heavyweight Champion Roman Reigns had to be restrained from smashing WWE official Adam Pearce as tempers are running hot on WWE Smackdown. According to WWE.com:

After Edge humiliated Universal Champion Roman Reigns last Friday by not declaring him the main event of WrestleMania, The Rated-R Superstar traveled to Raw and explained that he will wait until after WWE Elimination Chamber to pick which World Champion he will challenge at WrestleMania.

Although WWE Official Adam Pearce initially planned for The Head of the Table to defend the Universal Title inside the Elimination Chamber the same way that WWE Champion Drew McIntyre would, Special Council Paul Heyman used a technicality to explain that Reigns would not complete in the Chamber. Instead, Reigns will face the winner of the SmackDown Elimination Chamber Match on the spot at the Feb. 21 pay-per-view.

In response, Pearce announced that they would have Superstars qualify to be in the SmackDown Elimination Chamber Match. The exception to that, though, would be a Superstar that had taken The Big Dog to the limit, Reigns’ cousin… Jey Uso! Once out of the ring, Pearce also revealed that Kevin Owens would automatically make the cut – a decision that infuriated the titleholder.