Roman Reigns vs. Drew McIntyre for the Undisputed WWE Universal Champion at WWE Clash at the Castle! 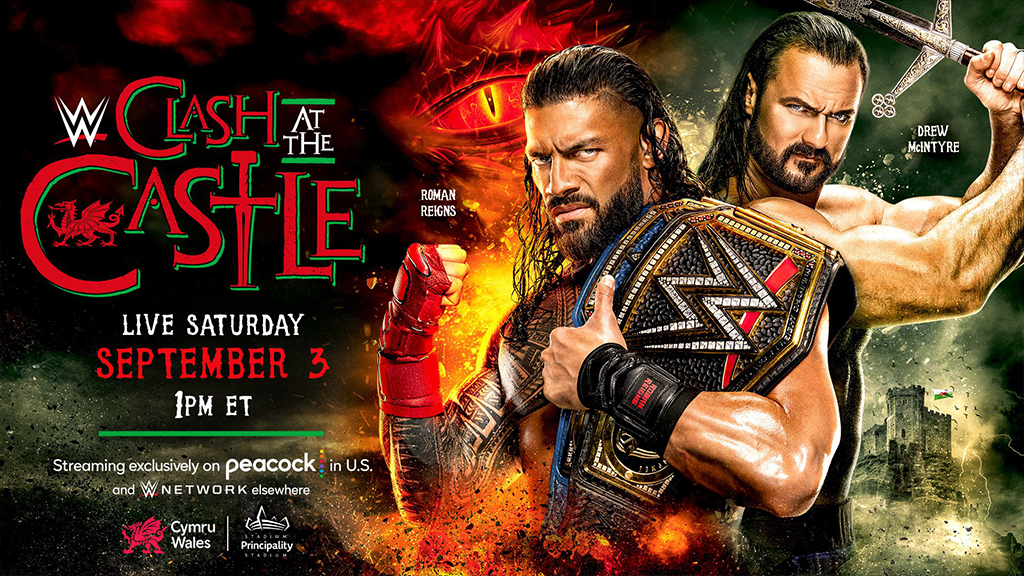 Drew McIntyre has his sights on making history. When the WWE Clash at the Castle Premium Live Event comes to Cardiff, Wales, on Sept. 3, McIntyre will look to end Roman Reigns’ more than 700-day reign as champion.

The SmackDown Warrior defeated Sheamus in an absolutely brutal Good Old Fashioned Donnybrook Match to win his the Undisputed WWE Universal Championship opportunity on the July 29 episode of SmackDown. The next night, Reigns survived a hellish Last Man Standing Match against Brock Lesnar to retain his title and set the stage for a title showdown.

The highly anticipated WWE Clash at the Castle emanates from Principality Stadium in Cardiff, Wales, on Saturday, Sept. 3. Tickets are available now for the first major stadium event to be held in the United Kingdom in more than 30 years! Visit Ticketmaster.co.uk/WWEClash to secure your seats today!

We’re HustleTweeting about WWE Clash at the Castle, and you’re more than welcome to join the conversation on the Hustle Twitter HERE … on our ridiculously sensational Instagram HERE … or on our Facebook page HERE!