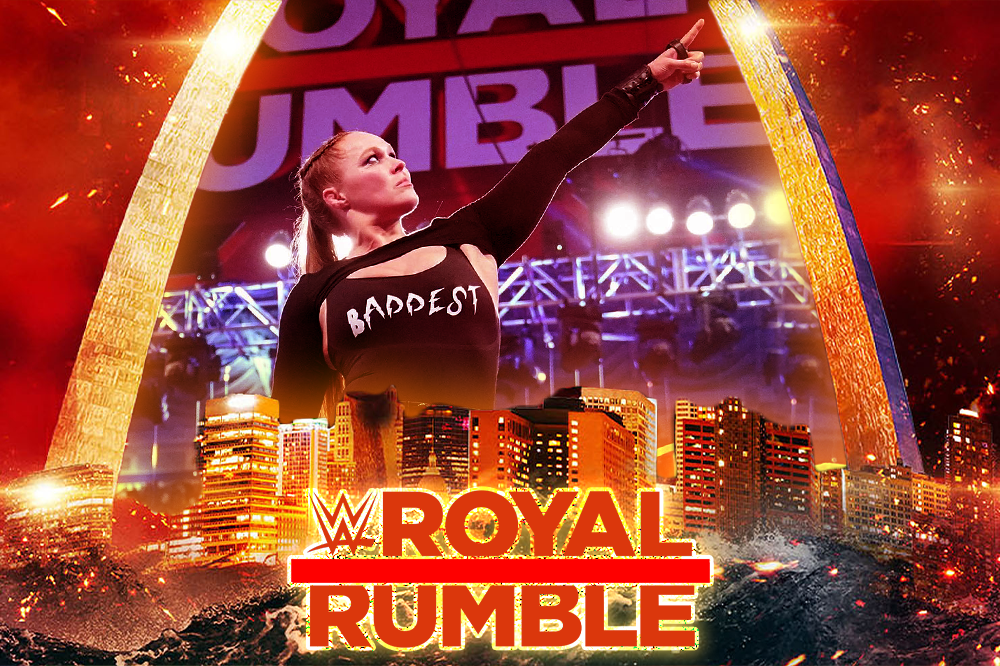 Ronda Rousey made her epic return to WWE, and with immediate impact. The Rowdy One won the Women’s Royal Rumble match, eliminating Smackdown Women’s Champion Charlotte Flair to punch her own ticket to WrestleMania.

The Baddest Woman on the Planet is back and headed to WrestleMania!

The WWE Universe erupted when Ronda Rousey made her return to a WWE ring for the first time in nearly three years. Rousey entered the Royal Rumble at No. 28 and eliminated four Superstars on the way to punching her ticket to The Grandest Stage of Them All.

Rousey wasn’t the only surprise, as former Divas Champion Melina entered the Royal Rumble as the second entrant, suffering a quick elimination by the woman who opened the over-the-top-rope battle, Sasha Banks. The Boss tallied one more elimination in Kelly Kelly before being eliminated by Queen Zelina, who entered at No. 7.

As the ring began to fill up with Superstars, Sonya Deville (No. 11) decided to wait for a more ideal time to enter the fray, keeping her WWE Official jacket on and joining the announcers at ringside until she jumped in to eliminate Naomi’s former partner Cameron. Unfortunately for Deville, The Glow entered seconds later at No. 14. Naomi headed straight for Deville and sent her to the floor with a kick to the face before Deville reappeared later in the match to pull Naomi off the apron and eliminate her.

With action becoming more chaotic, 2021 Royal Rumble runner-up Rhea Ripley and SmackDown Women’s Champion Charlotte Flair entered at No. 16 and No. 17, respectively, to combine for five eliminations in quick succession.

In a rumble that was already slated to feature legends and former champions such as The Bella Twins, Lita, Michelle McCool and Mickie James, the WWE Universe was treated to the shocking surprise appearances of Ivory, Alicia Fox and Sarah Logan. Despite it being every woman for herself, The Bellas joined forces to eliminate Fox, Logan and Liv Morgan, before Brie made the most of an open opportunity to turn on her sister and eliminate her.

When Rousey finally hit the ring, she made quick work of Nikki A.S.H. and Brie Bella as the herd began to thin following the match’s final entrant, Shayna Baszler. It came down to Baszler, Rousey, Belair and Flair in the final four.

The Queen came alive in the last moments of the grueling match, recording four of the final five eliminations until it came down to just her and Rousey. With a Championship Match at The Showcase of the Immortals on the line, an unintimidated Flair went right for Rousey, but The Baddest Woman on the Planet caught Flair in the middle of a big boot, upending her to stand tall as the lone survivor.

We’re HustleTweeting about Ronda Rousey, and you’re more than welcome to join the conversation on the Hustle Twitter HERE … on our ridiculously sensational Instagram HERE … or on our Facebook page HERE!