Snapchat Gets Into the Old Party Line Biz 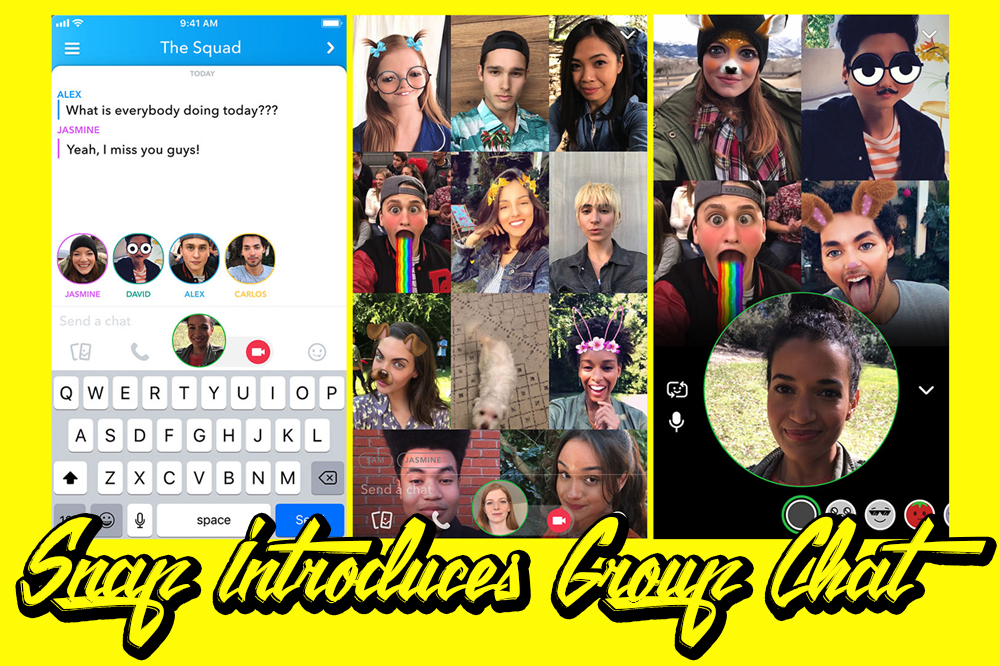 Snapchat expanded their offerings today, introducing a new group video chat feature, letting users chat with up to 16 of their closest friends. If users need more people in the chat (which, for those of us who have large conference calls, sounds awful!), Snapchat is also offering group voice calls with up to 32 participants.

The feature is relatively simple. Just tap the video icon in a group chat to get started, or start up a call with a few people and invite new friends to join.

As one might expect, Snapchat’s crown jewel filters will also be available to use within a group video chat.

Folks that aren’t camera ready can easily toggle between voice and video to just voice.

Snapchat first introduced group chat and video chat in 2016, looking to give people new ways to communicate on the image-first platform. Snapchat says that the community is making millions of calls a day since launch.

Many are speculating that Snapchat wants to take advantage of the #deletefacebook movement offering people as much functionality as possible to connect on their platform instead of the incumbent’s.

Alongside the introduction of group video calls, Snapchat is also bringing @mentions to the platform. Users can now tag each other in their snaps and Stories by simply typing @ before their user name. Users who have been tagged will be notified when they appear in their friends’ Stories.

We’re HustleTweeting about Snapchat, and you’re more than welcome to join the conversation on the Hustle Twitter HERE and also on our hyper-interactive Facebook page HERE!