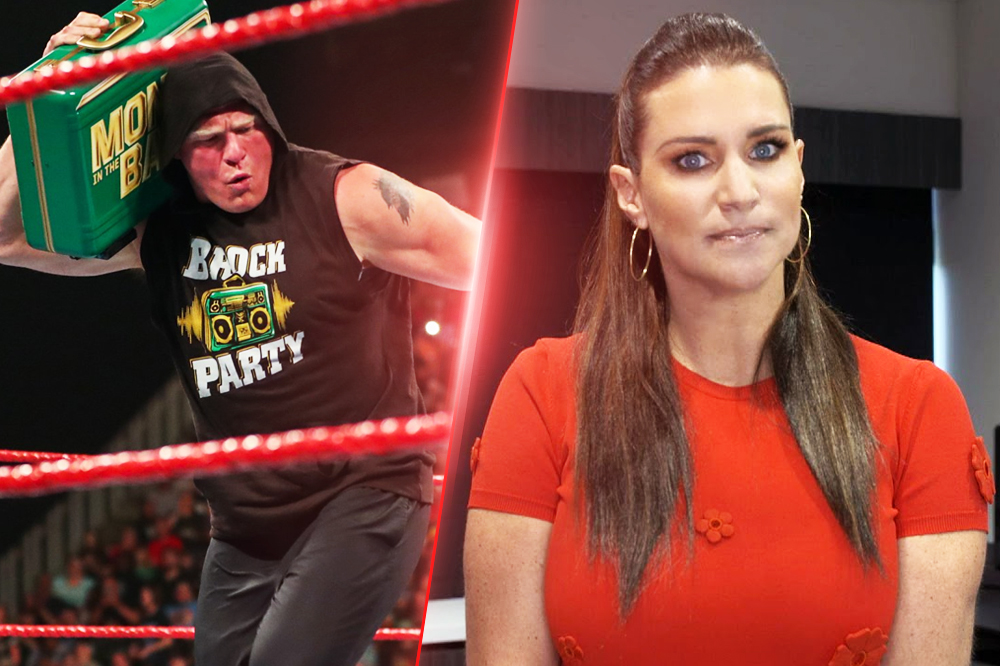 Stephanie McMahon has officially condemned Brock Lesnar and Paul Heyman’s actions on WWE Monday Night RAW and has promised WWE will be taking action against them for their mockery of the Money in the Bank contract. This story is developing, so come back for more on as this story continues to unfold.

We’re HustleTweeting about WWE’s condemnation of Brock Lesnar and Paul Heyman, and you’re more than welcome to join the conversation on the Hustle Twitter HERE and also on our hyper-interactive Facebook page HERE!