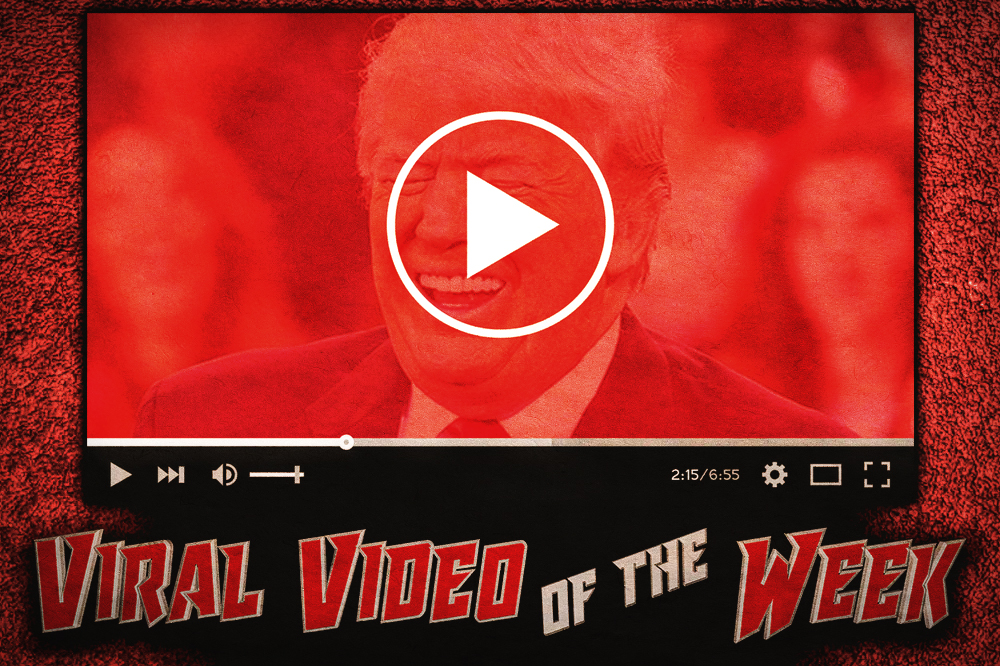 The viral video of the week is Steve Bannon being interviewed by Bill Maher on HBO. It’s a fascinating look at two people who are polar opposites politically, but can come together on one stage to discuss the differences in their philosophies.

We’re HustleTweeting about the Viral Video of the Week, and you’re more than welcome to join the conversation by following the Hustle on Twitter HERE or by hitting LIKE on our hyper-interactive Facebook page HERE!