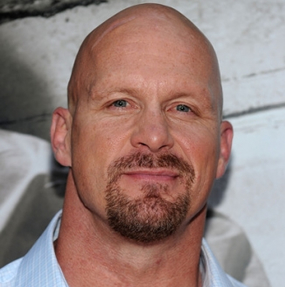 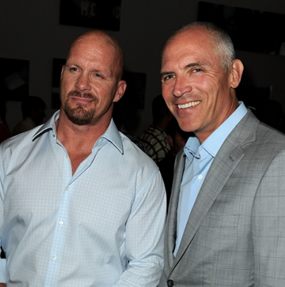 Steve Austin attended the Lions Gate premiere for the new movie "The Last Exorcism" in Hollywood, which should come as no surprise since Lions Gate is reaping the benefits from the hottest film of the summer, "The Expendables."

Perhaps most notable at the premiere was the fact Lions Gate Motion Picture Group President Joe Drake went out of his way to shake hands with Austin on the red carpet and be photographed with the man wrestling fans will refer to as Forever Stone Cold.

Austin has two more movies on his slate this year, as he continues to make in-roads in Hollywood and demonstrates his box office appeal and willingness to learn with each new project.

We’re HustleTweeting about Steve Austin right now, and you’re more than welcome to join the conversation. Follow THE HEYMAN HUSTLE on Twitter HERE and let the world know what you think!